Following on from a comment (more like being told off) I received about Nissin’s black oil flavoured noodles, I decided to re-blog about these noodles… I have cooked the correctly this time!
I still find this one salty, the soup is creamy and it’s not too garlicky. I don’t particularly like this version compared to the one I’m going to introduce to you next… I remind you, this one is a Hong Kong limited version, so probably can’t be found everywhere. They still sell them in See Woo Supermarket for less than 50p. 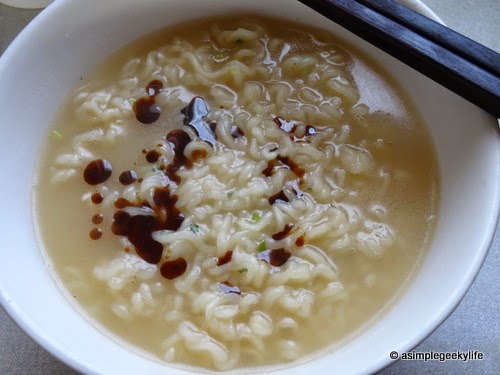 The next one I’m introducing is very hard to find. It’s Japanese ramen – Kyshu Black, named after a prefecture in Japan. Not many (or none) Chinese grocery stores sell this, and I happen to have come across them in the Japanese Rice Wine Shop located in the back streets of Soho (82 Brewer Street, W1F 9UA). Unfortunately their website is completely in Japanese, so it might be best if you go there.
These noodles are also Nissin brand, but the main difference is that this is a product of Singapore! And the noodles are very, very different! In this version, the noodles look like spaghetti, the soup is very, very creamy, it’s less salty but compared to one above, the oil disappears into the soup and noodles giving it a very nice combined flavour. I think this is less garlicky than the one above. But overall I like this version because it imitates the ramen we have in Japanese restaurants. Good stuff.

And as you can see with the last picture below I drank all the soup! This one costs 69p, so a tiny bit expensive to the one above. 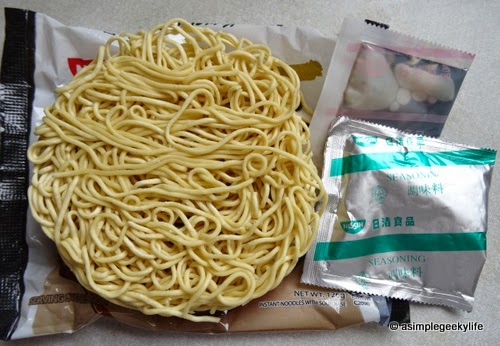