Oh my ultimate Canto-pop idol dream has come true!!! I got to see Aaron Kwok 郭富城 in concert for the first time. For those who don’t know Aaron Kwok 郭富城, he is like the Dancing God of the Hong Kong entertainment industry since the 1980’s and I have be in awe with him for a very long time, but I’m not an obsessed fan as some!
Gosh, I think I was about 6 years old (or maybe younger) when I saw him for the first time on a TVB Hong Kong drama. I was struck by his dance moves, and then later his singing, and much later his movies. Aaron Kwok has come a long way and he is still single at 49!! Sigh. He’s not even going to get married. A die-hard singleton. ^_^

Aaron Kwok celebrated his birthday in London on Sunday 26th and then he performed a special concert for us folks in London the next day on Monday 27th. Awwww!!! You must feel envious with us Asia!! Aaron Kwok was supposed to have held his concert in the summer but unfortunately he was told not to perform due to an injury he sustained from a previous concert. I was so sad and actually cancelled my ticket because I thought the new concert date would clash with my holiday. But thankfully it didn’t and I re-purchased a cheaper ticket. Phew! I cannot miss this concert for the world even if it is on a Monday and it will make me late for work the next day (I have cover, so not too much trouble I hope!).

Well the concert started about 10 minutes late, it’s usual with all concerts these days. It was good to see a wide range of age groups as I didn’t feel my age at that point and was very relieved… Here’s most of my best pictures of the concert, so enjoy! 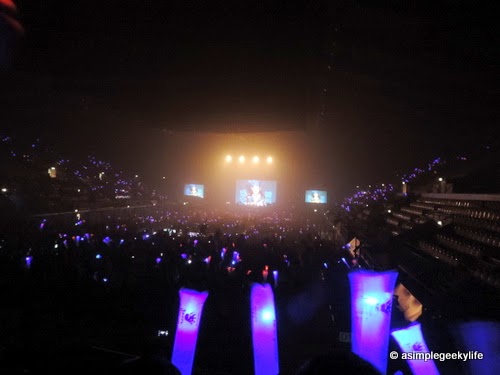 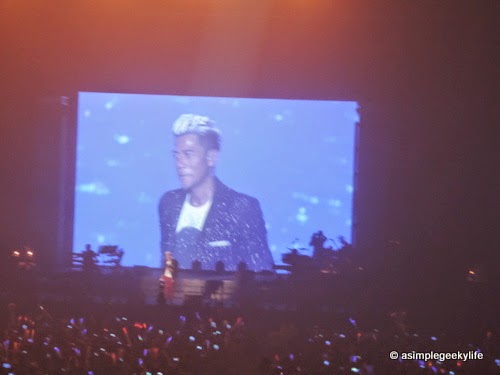 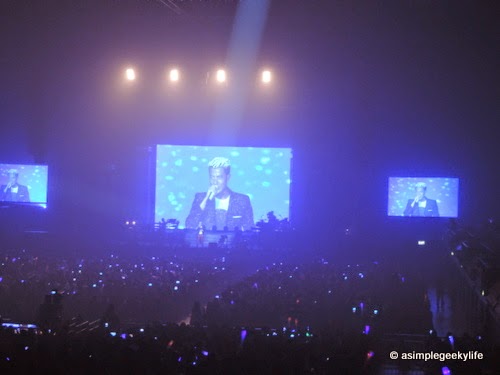 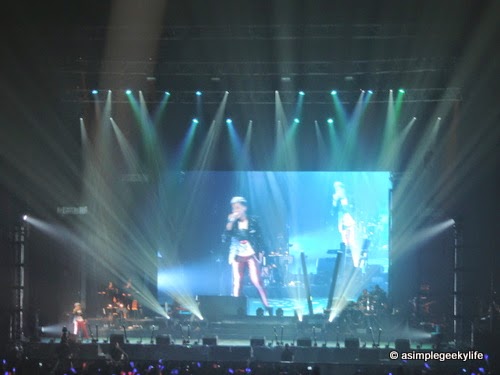 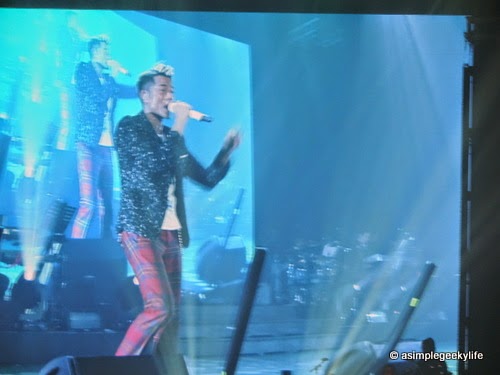 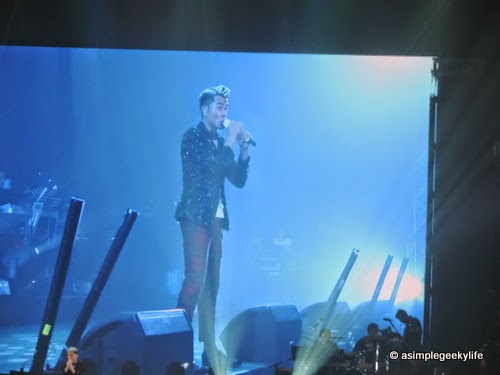 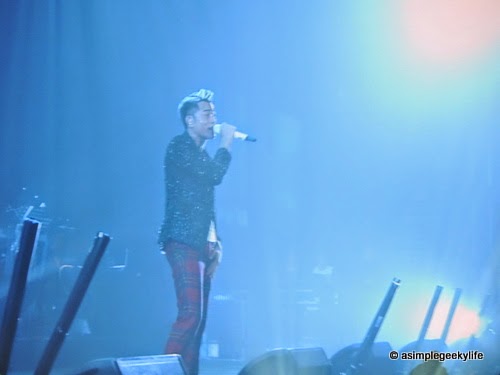 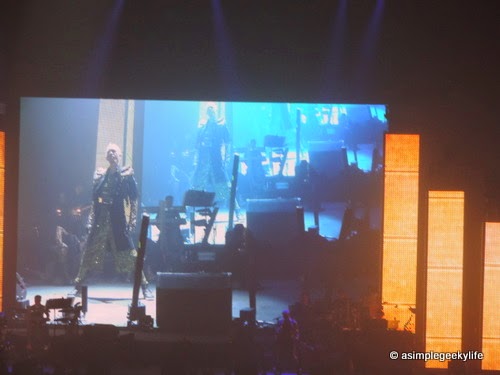 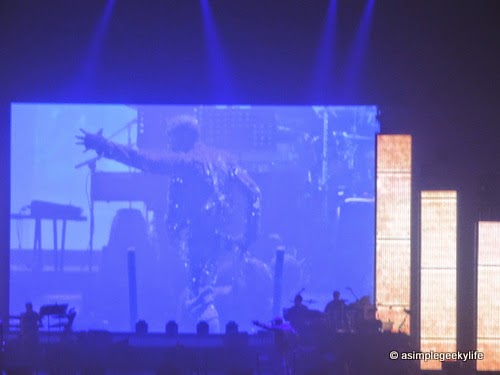 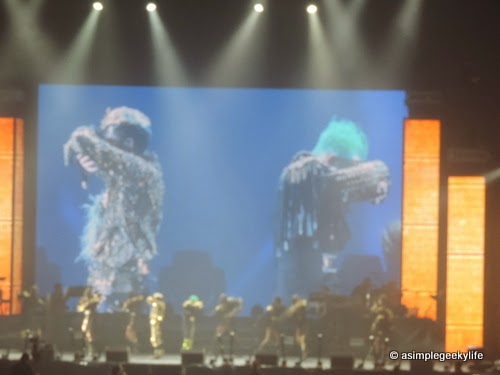 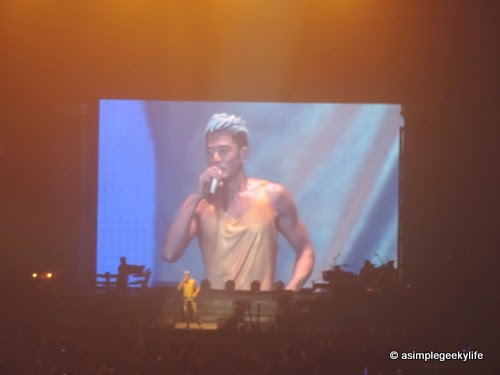 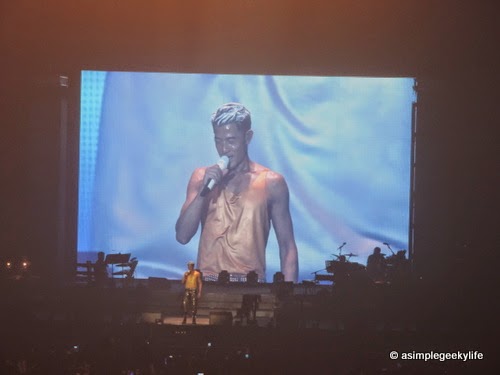 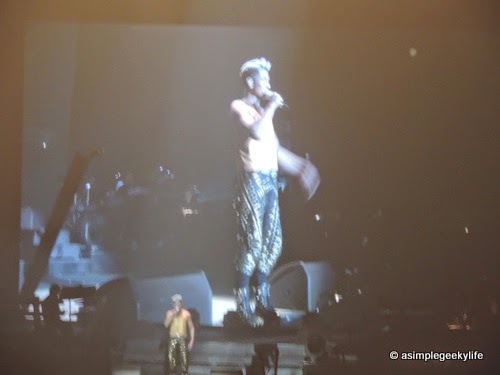 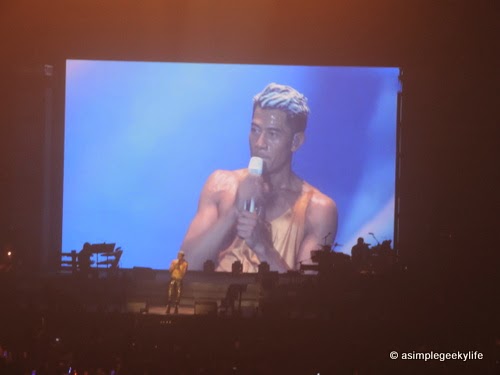 Can you spot yourself? 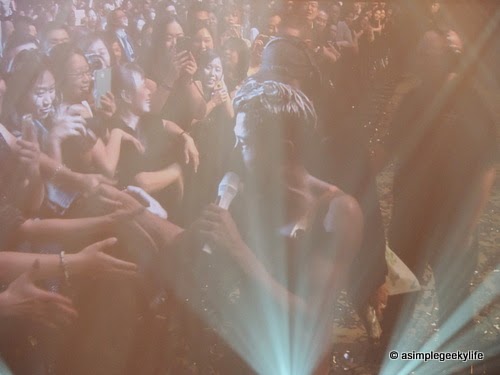 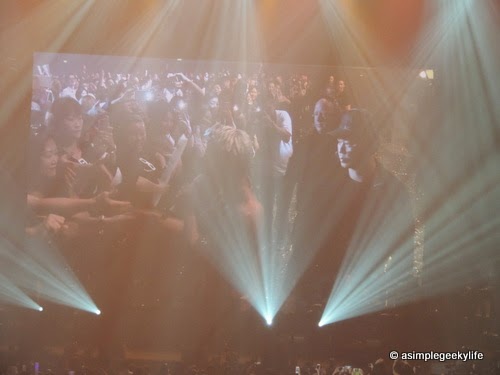 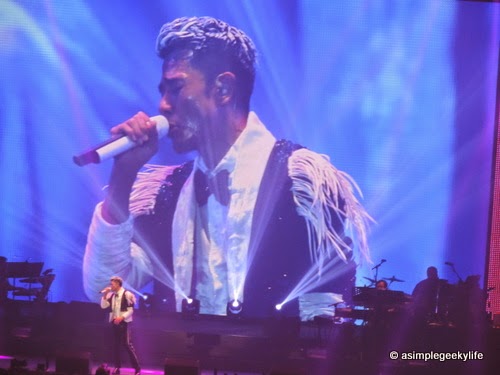 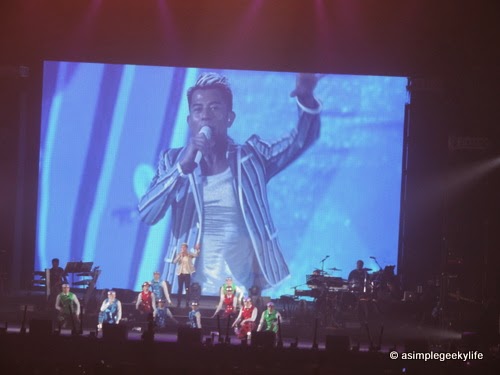 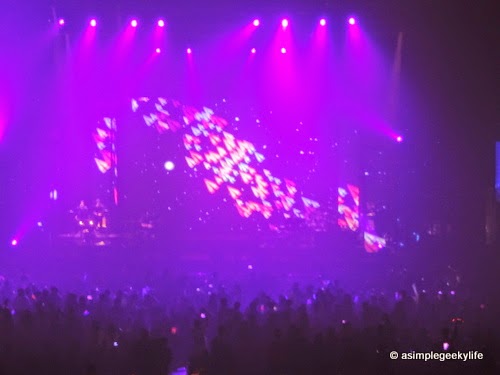 There was a short break at this point followed by a very small encore… Change of clothes and lots of people leaving at this point. 😦 And we had to use 3D glasses to see the animation… (I felt a bit silly wearing them!). 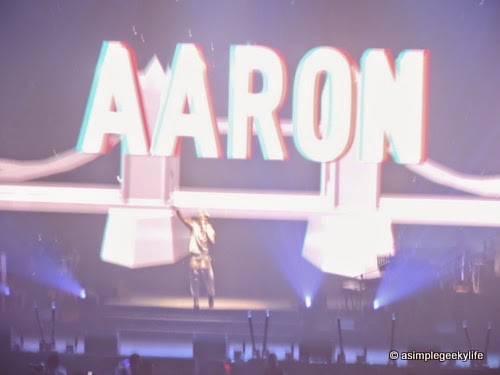 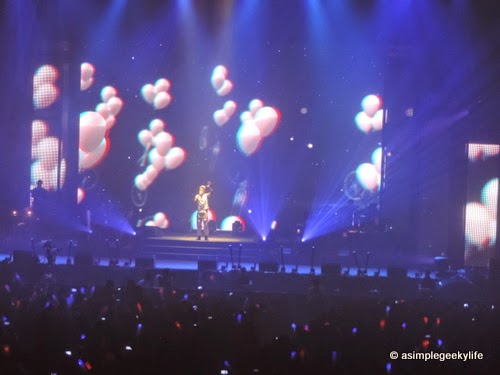 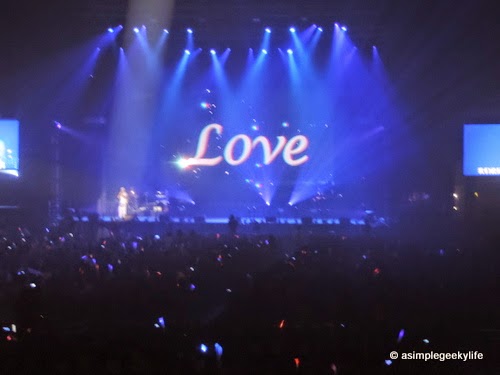 Concert lasted for over 2 hours, and I got home by midnight! I loved the concert very much and Aaron Kwok is a very good Hong Kong entertainer. He spoke mostly in Cantonese that night and I’m really happy he did because majority of the Chinese there mostly spoke Cantonese. Lots are bilingual and I think could speak Mandarin. ^_^

A lot of the audience left early as this concert was on a Monday. I think the entertainment groups could’ve tried harder for the concert to have been on a weekend but nevermind! Better luck next time. The main thing I can fault about this concert is the Simplified Chinese subtitling, it should’ve been in Traditional Chinese!! Plus I wish he sang my favourite songs 聽風的歌 (Listening to the wind song) and that Pepsi ad one (Generation X). Oh well! Come back soon and sing my favourite songs Aaron!!!

p.s. Thanks Jazzy Group and co for bringing Aaron to London!!

Update 17:52 – Sorry for the blurriness in some of the videos… Totally won’t be a camera-person in the future! 😀 (Thanks to YT user 0526stop for naming all the videos!)