Tuesday 4th November
I slept for more than 5 hours but unfortunately I think I was still jet lagged, yes I had jet lag, so I was up around 4ish and trying to get back to sleep, but couldn’t. In the end I went out for about 10 to 15 mins buying breakfast, taking pictures of the area and sitting around in the lobby of the hotel using the WiFi.

This is my breakfast from 7Eleven. They asked in Japanese if I wanted the muffin heated up… I didn’t understand until they pointed to the microwave! Muffin was ok. Didn’t like the melty cheese bit though The coffee  by Georgia was disgusting and the custard bun was just right.

Then I went back to the room and actually slept for another hour or so. Amazing…

Miss Pinky and I left the hotel at 11 am. We took the Hibiya line to Ningyocho then changed for the Asakusa line but we went the wrong way and had to get off the next stop and go the other way. We took this train to the last stop Oshiage. Got out from the B3 exit. Looked around to find the Skytree tower, looked to our left and there it was. This is one of the most popular tourist sites for the Japanese and foreigners.

We didn’t go up the tower as the queue seemed very long, although cheap (better than our Shard) we decided not to go up it. Seeing it from the bottom was enough. It’s 2060 yen (~£12.95) for the ticket if you purchase on the day. Cheap!

They were also doing Christmas themes, a German market (and I thought London was bad for early Christmas celebrations!).

If you go inside the shopping mall you will see loads and loads of shops! And we did go around to shop of course. 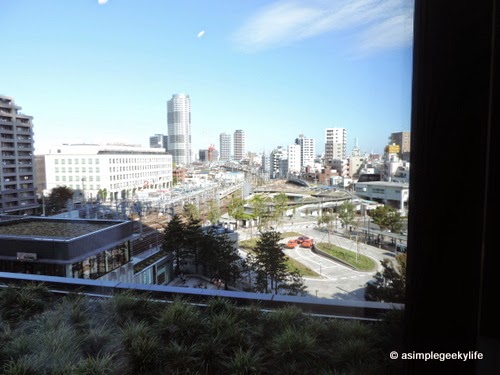 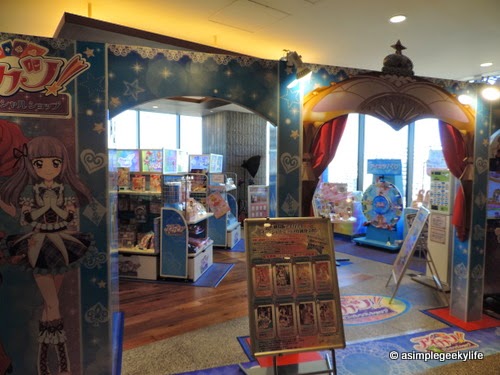 Here we snucked out from the building into the dome garden area and took some pictures. 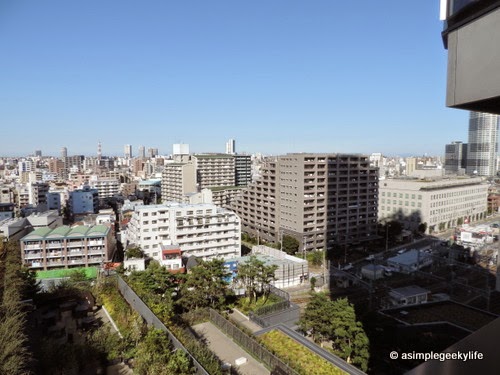 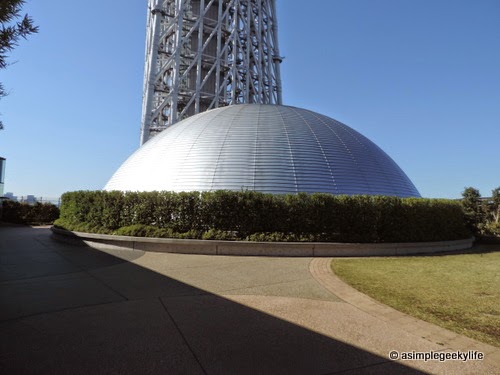 And back inside we saw this wine shop…

We shopped around and even watched a 3D presentation on Epsom TV’s…blimey! It was all in Japanese, but we seemed to understand when they were talking about dimensions and stuff.

Next we went back to the station, took the Asakusa line and went towards Daimon station. This is where there is a big temple… When we got out, I think we got a little lost. But somehow we walked the right way, pass the World Trading building (and we don’t know why they abbreviated building when they clearly had a lot of space to stick the rest of the letters on… that’s Miss Pinky’s argument really), I looked up after looking at my tourist book and saw Tokyo Tower in the distance and then I saw the a big gate just before it. Well look at that, two sites in one hit!! 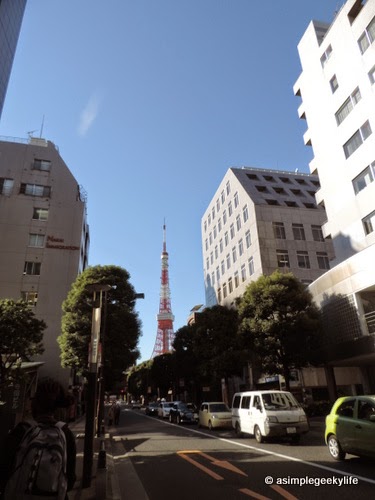 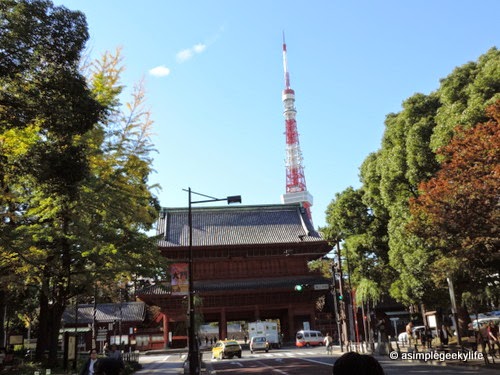 Daimon 大門 means “big door” or “great gate”. It is taken from the Chinese characters. And in Daimon there is this big temple called Zojoji. It is a Buddhist temple and has existed for many hundreds of years. 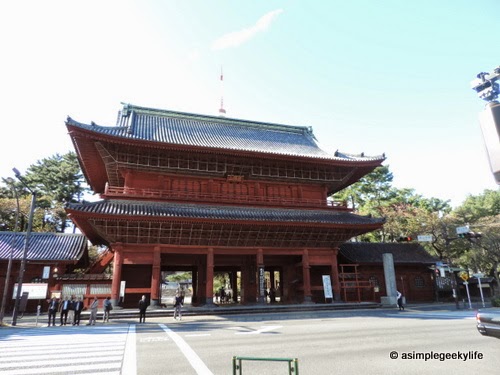 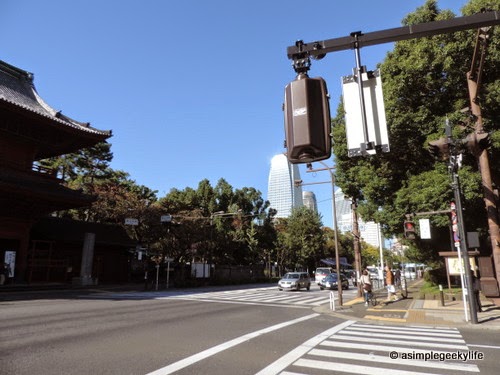 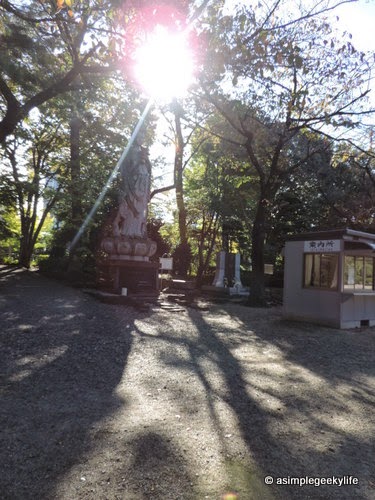 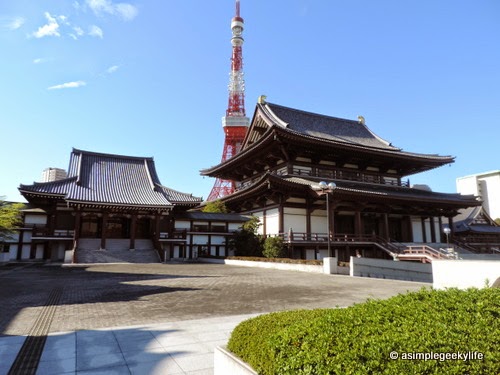 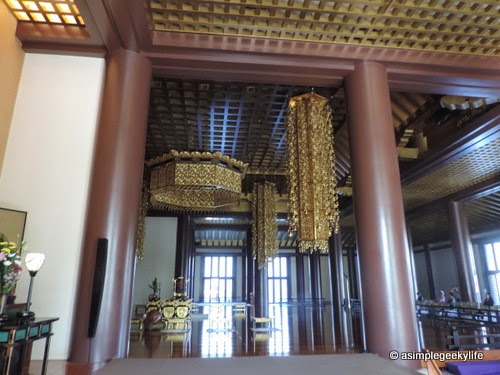 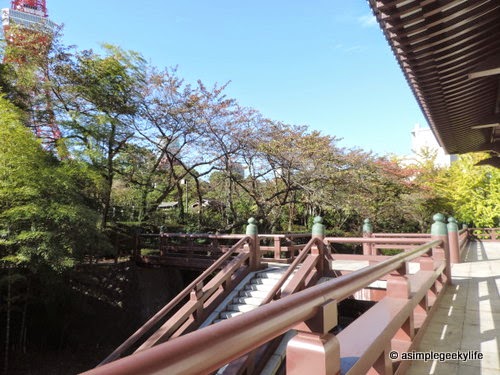 Next door to the big temple there is another smaller temple and beside is a garden like area full of Jizō statues. 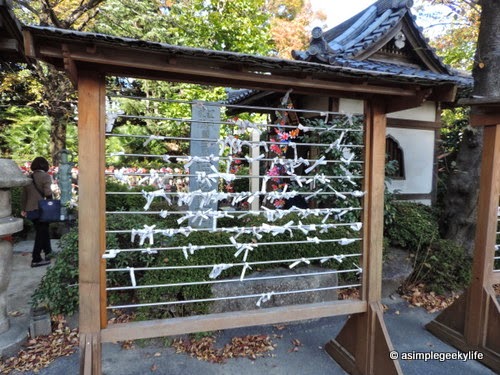 We looked around and made our wishes. Miss Pinky is black and so far she gets stared at (everybody thinks I’m Japanese!!) but as we headed back towards the station a kid stopped and I think he was scared… When we got on the train back I think she scared off an old lady who we sat in front of. She bowed apparently and moved to another seat… Oh dear…

Next it was time to head to Tsukiji Fish Market. We kind of got lost trying to find it. But in the end we did find it but it was closed. Trading had already finished for the day. 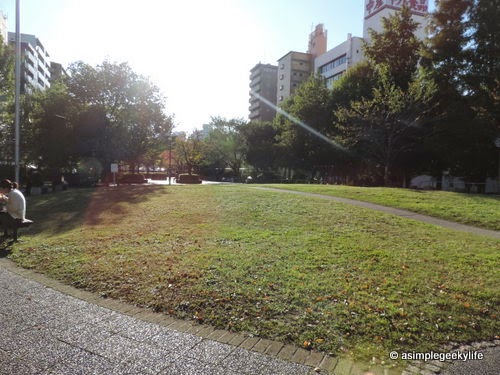 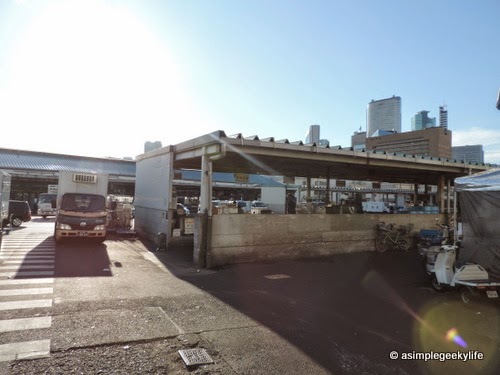 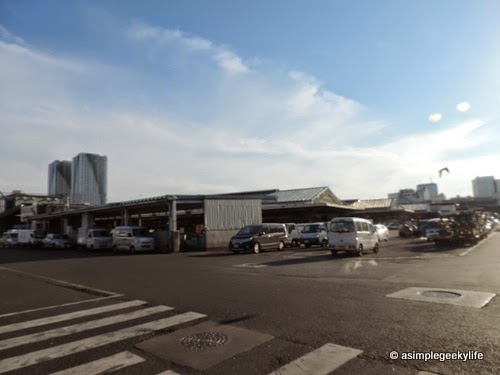 So we headed back and then found a sushi restaurant called Tsukiji Sushi Sen. As Miss Pinky isn’t allowed to eat prawns she had the octopus sushi. Unfortunately she didn’t like it because it was too big and it had wasabi in it. She’s not used to the wasabi. 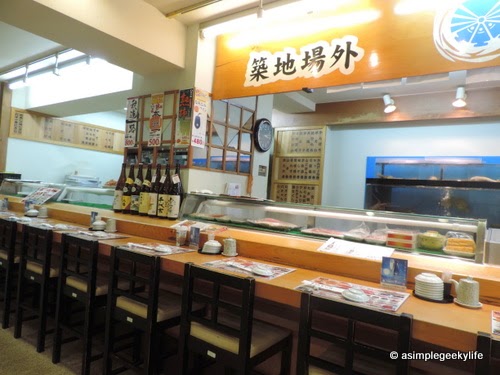 I had the Creative sushi. It was good stuff. Fresh and delicate tasting.

My geeky rating: 5/5
Address: Tsukiji Sushi sen 6 cho-me Jogai Shijo-ten
Miss Pinky was disappointed but as we walked up further she found these massive scallops being barbecued. So she ordered one which was 600 yen and the guy just totally cooked it with soy sauce, then flamed it. It was good stuff! I think they made up for the sushi!

We walked around after eating…

After this went back to the hotel. 4 sites in one day exhausted us both and we ended up sleeping for a bit. Jet lag prevailed!

When we both got up it was around 7 pm! It was time to hit the local streets behind the hotel! I wanted ramen. Any ramen. So we walked around for a bit and stopping at places. We even had some wine tasting! Finally we ended back near the hotel. We tried to enter this ramen bar but Miss Pinky couldn’t open the door. I had thought that next door was another entrance but then we realised it was a Japanese bar where business men hide away to drink and smoke. It was rude of us not to go in, so we went in (Miss Pinky wanted a beer anyway). We sat next to three guys who were awfully friendly. They laughed at us the whole time because we looked so innocent not knowing the Japanese bar culture!! Miss Pinky had to tell them that I Love Hello Kitty… And they laughed!! ^____^ Embarrassing!!

The men we sat next to laughed at me for taking pictures of our food… and made fun of us adding spices to the skewers… Lol!!

Finally we made our way out, I think the guys didn’t want us to go really but we were really hungry. 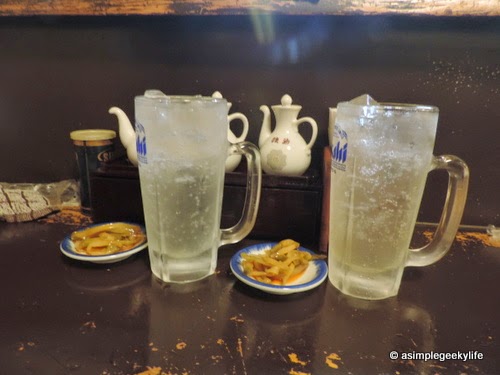 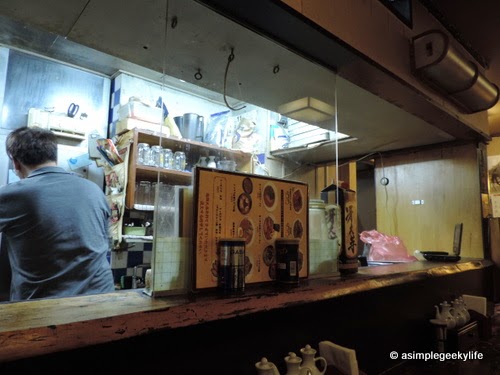 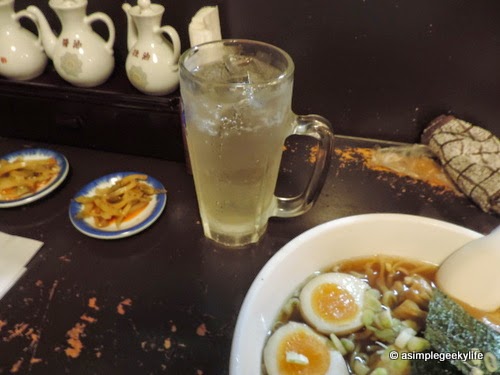 We ordered our food and then I realised this place is owned by Chinese as they started talking in Mandarin! I’m so happy I learnt Mandarin as I said “excuse me could I have a beer please”. I think they were shocked I was Chinese hanging out with a black girl. Probably a bit of relief as well.
Total came to 2980 yen (~£18.74).
My geeky rating: 4/5

Address: (Can’t find it on the Internet) It’s right next door to the bar we were in… just behind the hotel!

It was a very fun morning and a VERY fun evening (even though we killed ourselves with exhaustion). ^__^
End of Day 4.