Wednesday 12th November
The next two days in Japan was basically a free day for Miss Pinky and I. Miss Pinky wanted sleep, so I decided the night before (although I wanted to do this on Thursday) was to do my laundry…
I sat around in the lobby, then I sat in the laundry room for more than an hour for my clothes to dry… It was boring.
Miss Pinky was awake once I got into the room. We did a long walk from Kayabachō Station but first we ate at Pizza and Wine which is a few doors away from the hotel. 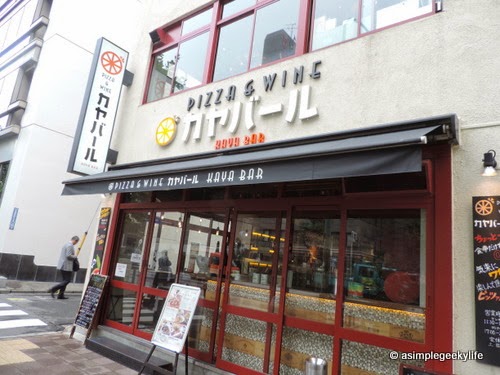 There is no menu in English, so we got the waiter to explain. Miss Pinky wanted pepperoni pizza but unfortunately they didn’t do this flavour so she had chicken pasta and I had the same. The pasta came with sweet potato pieces, cheese and chicken. It was different and I liked it. Miss Pinky said it was too much for her so she didn’t finish hers. 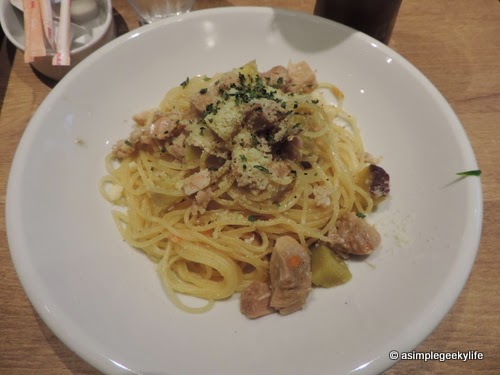 It was 880 yen each which isn’t bad, but our only complaint was the music. It was rather techno and I think something peaceful would’ve suit the place a bit more.
My geeky rating: 4.5/5

Address: It’s a few doors down on the left from Smile Hotel… can’t find the address

So we walked and walked, and we realised that we got to Tsukiji!!!! That was quick! Then we went back and walked a little bit on the other side of the hotel up to the 100 yen store. 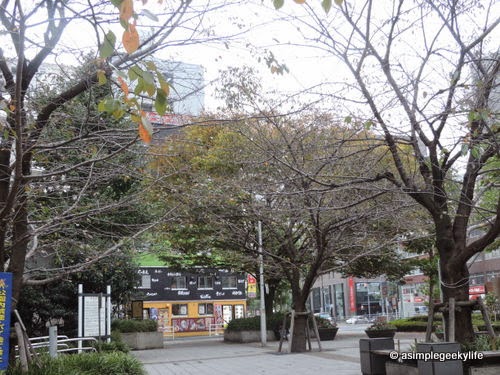 Trying to hum this note in my head… But had to use an app to play it on piano… hahahaha, quite a nice tune

This conbini store is the only store that accepts foreign cards by the way!!

Finally we wanted to rest… so we tried the hotel’s cafe area… The lady spoke only in Japanese and she tried to tell us that the last serving was at 4.30 pm and the cafe closed at 5 pm… Yep ok. All we wanted was a drink and some rest!! The lady was really nice although Miss Pinky seemed really irritated… Uh oh…

Before we went to the other side to the 100 yen store  we stopped and went into the Aeon Store which is about a 20 to 30 minute walk from the hotel and I bought these sandwiches on our way back. I tried all of them at the hotel.

Egg was mildly salty, not sweet and Miss Pinky enjoyed this one. 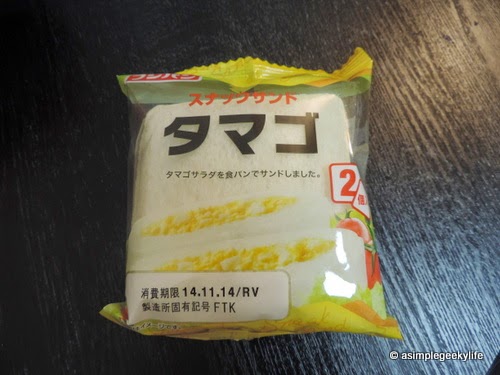 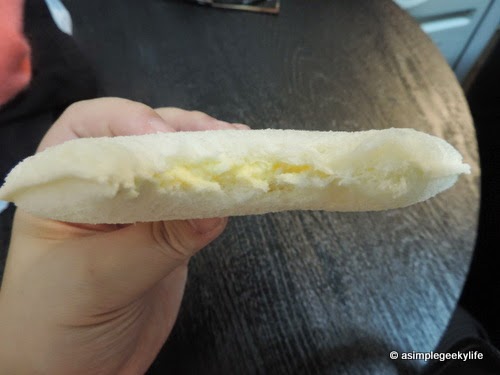 Tuna one smelt fishy and tasted of salad cream. 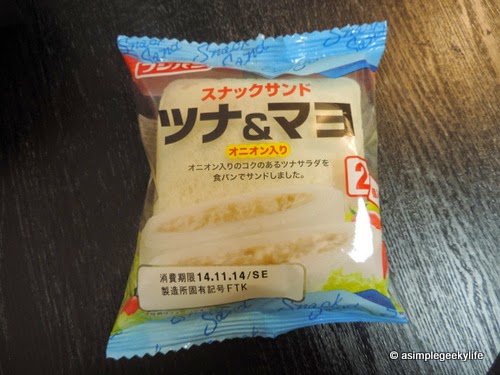 Lasagne tasted very tomatoey and cheesy at the same time. It even had some mince bits inside. (Forgot to take a picture of the inside). 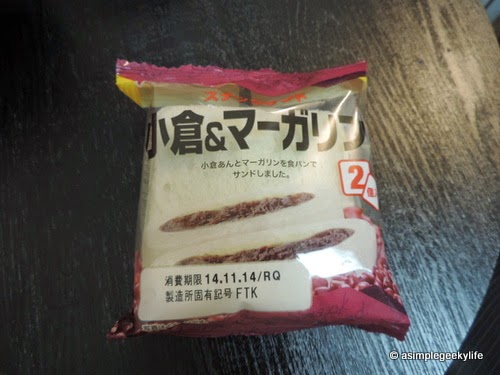 Azuki beans tasted sweet, it was just like having a dessert sandwich. 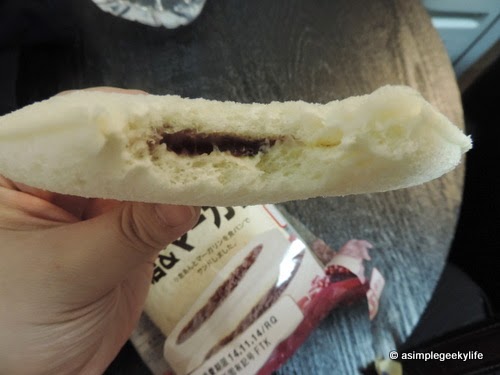 In total this cost 545 yen ~£3.42!!! (109 yen each ~£0.69) !! So cheap. And way better than the English crusty sandwiches. So surprised it was cheap. ^________^
Miss Pinky had a nap and I just sat around the hotel room blogging away this post and listening to Aaron Kwok sing on my iPad. 🙂
Once Miss Pinky awoke she decided she needed a pot noodle plus re-pack her suitcase (this happens to be the second time she has re-packed!!!!!). That took a while, because I didn’t eat my dinner of soy chicken (which we thought was duck) and rice plus a banana drink (which I don’t think I will have again) until 10 pm!

Miss Pinky at some point decided she needed more food, so she went down to Lawson and bought some fried chicken which was smothered with cheese… And then she had to go and buy some cheesy chocolate sweets………….. (Long pause)…….. I bought a packet the next day and will blog about these chocolates separately. Watch out for that post!!