My penultimate post on Japanese snacks. So what’s do I have here?
Japanese Kit Kat of course! Here is another limited edition flavour – Tokyo Rum Raisin. I saw this in the toy store and thought I must buy this!! It’s rum and raisin flavour. I love the ice cream flavoured rum and raisin so I’m sure I will definitely like this. ^_^ 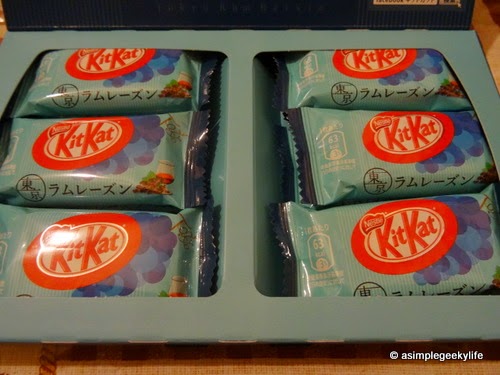 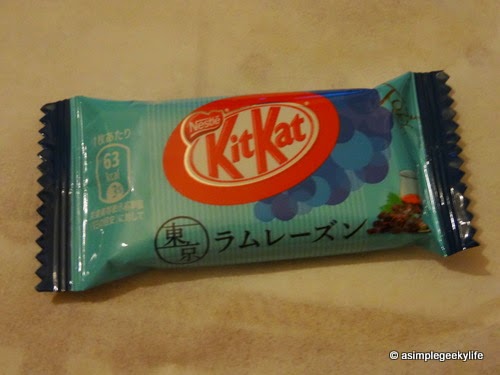 So skipping onto the flavours. It smells of sweet chocolate and rum, smells really alcoholic. Once you eat it you would think you’re going to get drunk from the strong rum flavour. The sweet raisin flavour is undetectable – I think this is masked by the white chocolate. It’s really good and feels like I’m eating the ice cream version. Ooooo.

I wonder if there’s a chocolate in the UK that has made this flavour. Must scour the shops for it. ^_^