My final post on NYC. It’s taken me a few days to get round to this one – just too busy at work (catching up is horrible)!
Well the hotel we stayed at is in Murray Hill which is in Mid-Town Manhattan. It’s based on 39th Street and in between Lexington Avenue and 3rd Avenue. It’s three streets away from Grand Central Station, 10 minutes away from the United Nations, 15 minutes away from the Empire State Building and Macy’s and a few minutes away from a lot diners and eateries. I think I chose a really good hotel!

I had a single room and Miss Pinky and Mr Picky had the double room on the 9th floor. We were on opposite ends and I couldn’t be bothered to take pictures of their room since I had a feeling it would be filled with their things. I’m a bit of messy person (because I’m always on the move) but in hotels I am always tidy!! ^_^

The room was ok to sleep in, you can still hear noises from neighbours who are shutting their doors. The doors are quite annoying because you have to make sure they slam for it to be locked. So make sure you slam it like you’ve had a fight with a friend or partner and you’re slamming the door behind you. 😛
The towels are really small as if they only expected very thin people in the room. If you like big towels make sure you bring your own. The bathroom is basically right next to your bed. There’s a glass slide door to separate the bathroom to the bedroom, so if you manage to stink out your room there is a window by the shower you can use… The shower is ok, it sprinkles from the top, and make sure you turn the faucet round more to get the hot water (there’s no instructions on the tap). 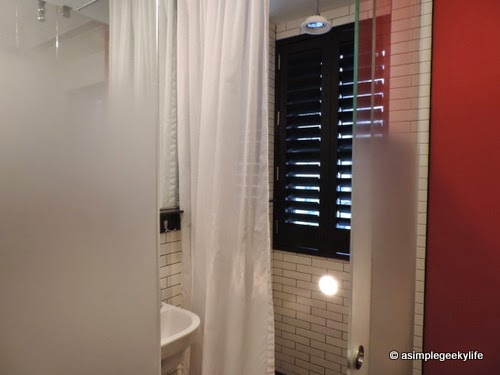 The TV was ok but I think my aerial was quite bad at receiving signal so I didn’t watch much of the TV channels.

There is no kettle but there is a small desk you can use. There’s no wardrobe but there are hangers you can use to hang clothes or you can store them under the bed.
The roof top is not bad but the bar wasn’t open – probably too cold for them to use. Here’s the view from my room’s window… 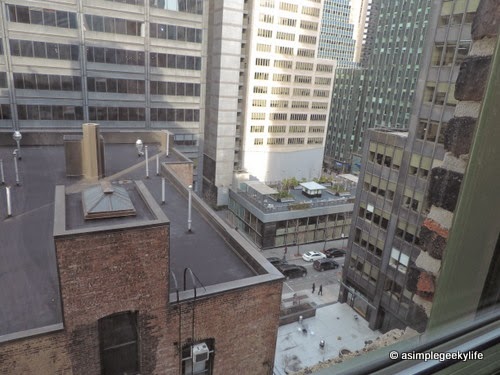 Hotel staff are ok. There’s no room service and there’s a helpdesk for tourists to use. WiFi is great throughout the hotel even in the rooms…
It wasn’t a bad stay… Miss Pinky and Mr Picky found their room a bit too small… thankfully we were only there for a week! ¬,¬”
I used booking.com, so I paid after the stay… ^_^