The day before my birthday (March 24th) I was taken out for a lunch treat by Miss Posh (booked a table online before my holiday). ^_^ I had only been back to work for one day and I already decided to take a further two days off. Selfish Geek. But I deserved a good break and there was no point taking a half day before lunch…
I seem to get to places before Miss Posh, it’s not my fault I live so close to the East End (and to the West End and so many central places :P). A little info on Sushi Samba. It’s fusion food between Argentina and Japanese. 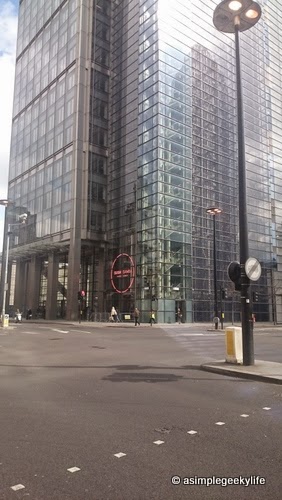 I waited outside but in the end it was almost time to go in, so I went up by myself. The lift is scary by the way, so if you hate heights and going up really fast to the 38th floor then defo look away.

I waited for Miss Posh… always hard for me to wait for the other person so I took a picture of the lights.

Finally she came… And we pretty much ordered our food a few minutes later plus a couple of cocktails (one was non-alcoholic and the alcoholic one was for me). I had the Eastern G and Tea, which to me was a “posher version” of gin and tonic. ¬,¬” (One of the waiters said they didn’t do G&T’s as cocktails… I guess I proved him wrong when I said “what’s this drink?”…). Can’t remember the name of Miss Posh’s cocktail.

The food came out plate by plate. So first we had the Mini Kobe Beef Burger which is £6 each. It is I believe Kobe beef imported from Japan, as I’ve heard that restaurants serving Kobe beef around the world do not really Kobe beef. This was a little different. It didn’t have that British beefiness in it. Quite succulent with the juices. Light in taste and it wasn’t heavily seasoned. It was a good burger but too bad it had to be small. 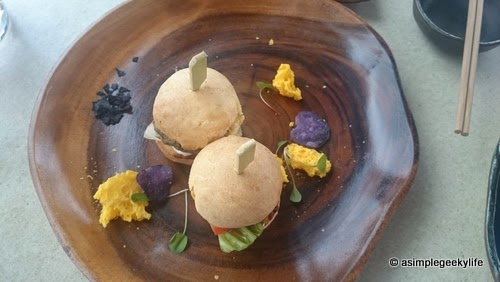 Miss Posh’s lamb chops came out and these were probably the best lamb chops I have ever tasted. It was cooked at medium-rare, so it wasn’t too bloody and chewable. The sauce was sweet and it just went well with the lamb. Oh. I could eat more of this! Maybe this should have come out last…

And lastly the sushi came out. We weren’t told both of our sushi rolls were on the same slab. Miss Posh had the had the Samba London (the one in red), thankfully I only had one piece otherwise Miss Posh would’ve cut my throat. ¬,¬”” I had the Tiger Maki which had a fresh prawn inside. ^_^  I think the Head Waiter was a little disappointed in his staff for not telling us… but don’t panic, it’s just human error. I don’t like perfect restaurants anyway!! Sushi was tasty, but not spectacular. Let’s just say I have had better. 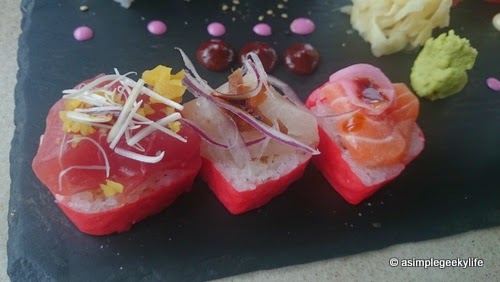 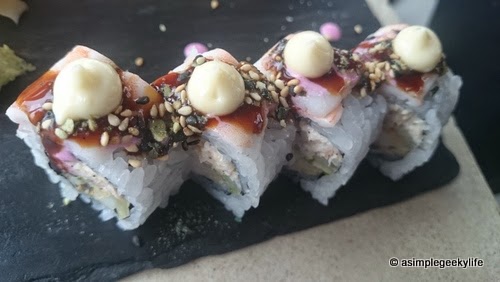 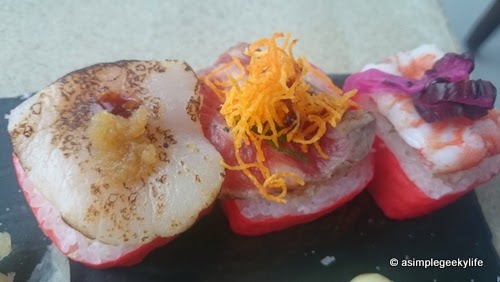 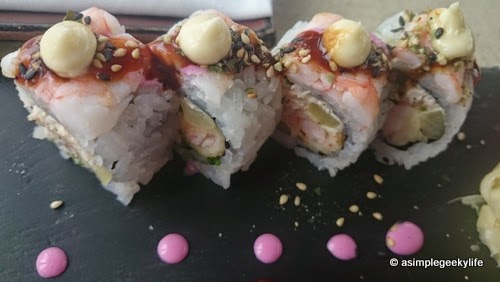 So total cost came to uh hm £105… Yep you seen the price. Well we’re in the finance town of London so I think you would expect to pay these prices. If you ever decide to eat in a posh restaurant make sure you have at least £50 per head (or more if you plan to eat and drink more). 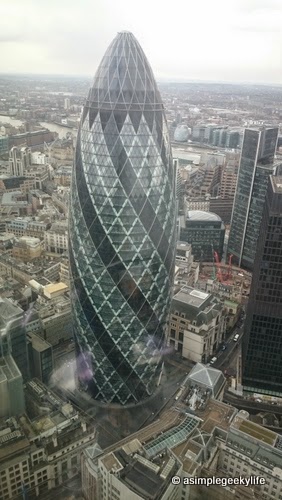 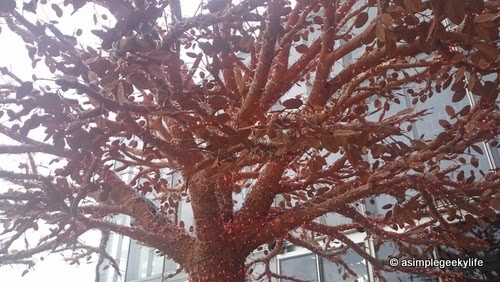 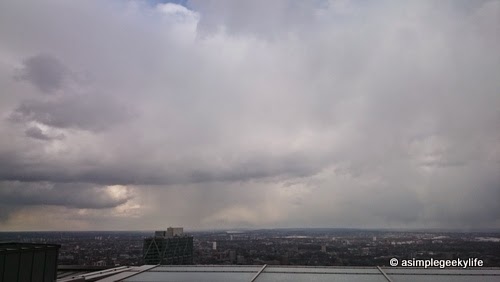 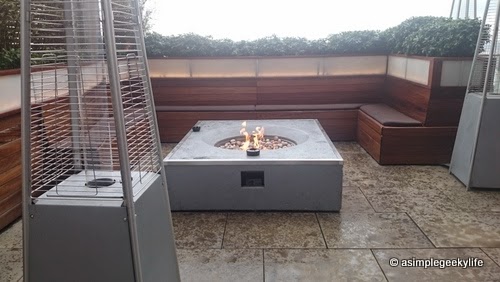 Thanks Miss Posh for taking me out to lunch!! Where are we going next 😉
Here’s some pictures as we go up and down the lift. Heheh. 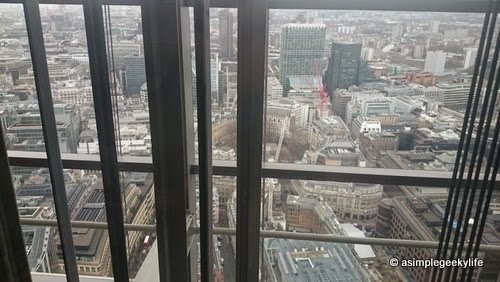 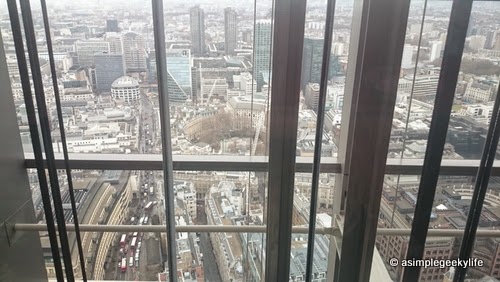 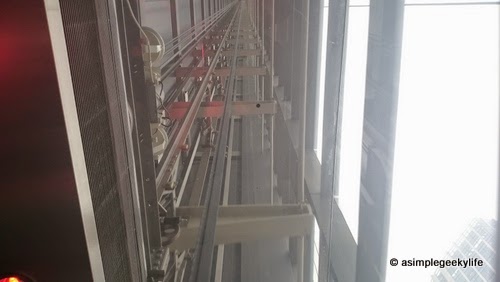 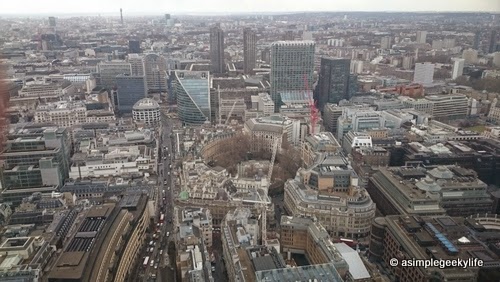 Good points:
– Polite service (although you can spot some staff who have a little attitude)
– Lamb chops and Kobe beef were excellent – I actually recommend the lamb chops