Aaaah!!! I’m getting old people and my friends think I’m going to run around looking for sheep this time. Baaaaaaa.
Well I spotted the one in China Town first… and from then on I didn’t want to do the hunt.
But unfortunately that didn’t work, so when I went to the National Gallery I took a picture of the one in front of Trafalgar Square… This lady was jumping behind it (lady in boots on the right – unfortunately I didn’t get that picture of her photo bombing! Hah).
Then Mr Games had to go and say he thought I was going to do the hunt and compete with Miss Goldilocks (who I haven’t seen since last year). ¬,¬” Great Mr Games… Thanks. So we spotted a couple in Leicester Square.
One by Trocadero. 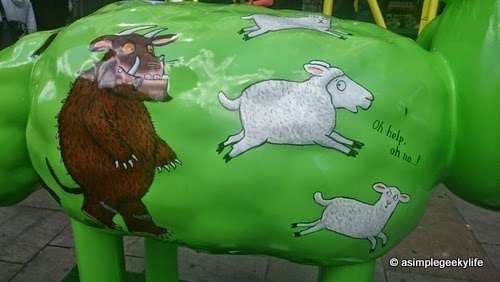 One in Ripleys and got a map in the meantime… I swear I wasn’t going to do this hunt!!!
This robot figure looks like Optimus Prime! 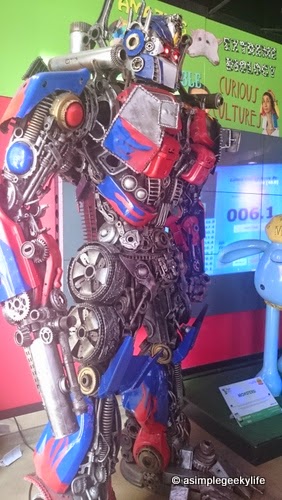 Spotted some new street art in Leicester Square by Captain Kris, ALSO and 40HK (yes, I did some research). ^_^
And I said to Miss Money we need to go to Canary Wharf to find the Hello Kitty one!! ^_^ Hahahah.
Then after the weekend there were a few near where I’m studying Japanese (yes, I’m still studying Japanese… might as well since I’ve been want to learn it for such a long time!).
This one is behind Somerset House
And two spotted after class in Covent Garden.
Uh… and now I’m off again, heading towards East London to find some more, 😀