After finding the first few Shaun the Sheep in Central London, it was time to set my next route to find the rest!
I looked at the map and bought the app. Originally I was going to start off at the London Eye but ended up starting from London Bridge!
Met a nice security guard at The Shard’s Level 0 (where you exit out of The Shard) and he explained to me that I had to look for some feet on the floor that would lead me to the way to the Shaun there. Lol. He made me giggle that morning…
I next headed towards More London and Tower Bridge and found a few more… Over the bridge and went around Tower of London and then finally headed towards Fenchurch Street Station. Finding the way to the station was difficult! Then off to Leadenhall Market, Bank, Liverpool Street and then finally Finsbury Square Garden, which took me ages to find. I’m so grateful for Google Maps!! I spent two hours looking for the ones below, going round and round in circles… 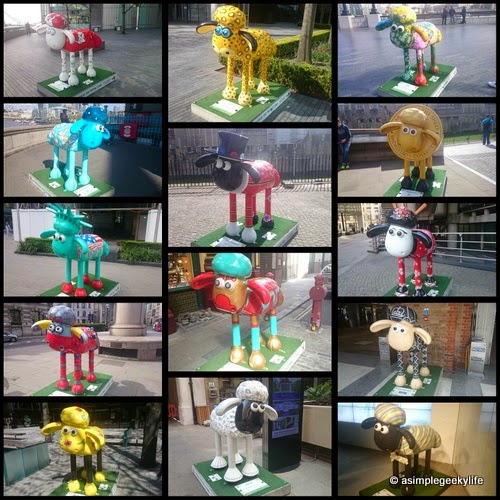 Next it was off to The Barbican, I actually took a bus and didn’t realise it was only 2 stops from Silk Road. ¬,¬” After that I waited for another bus because I couldn’t be bothered to walk towards Guildhall. Started chatting to an old lady (the old ladies are always attracted to me to talk… SIGH – I get it all the time). Found the one in Guildhall, then headed into Cheapside via King’s Street. Went into One New Change and found 2 more! Made my way to St Paul’s Cathedral and found the rest hidden around the area… 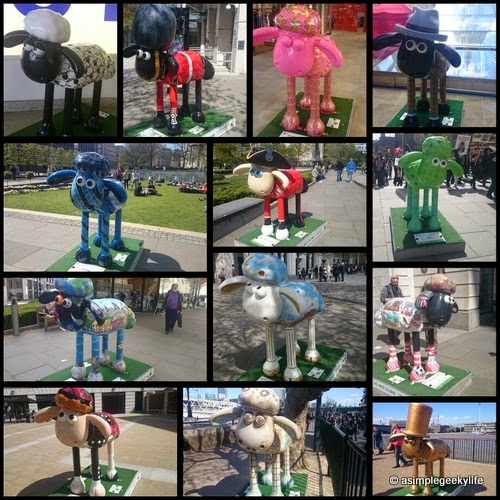 At the point of finding the green Bristol Shaun I stumbled up a protest of people against Turkey… Every weekend seems to be filled with protests so far!!
Gosh… All tired out from this little trip… Next I headed into Southbank… bad idea!!!! Full of people. Found the one in front of The Globe and the one in front of Tate Modern (pics in the above grid picture)
Next I found the one at BFI reception, which opens at 11am (that’s why I started at London Bridge) and also the one at The London Eye (it’s in the park area). Very hidden! 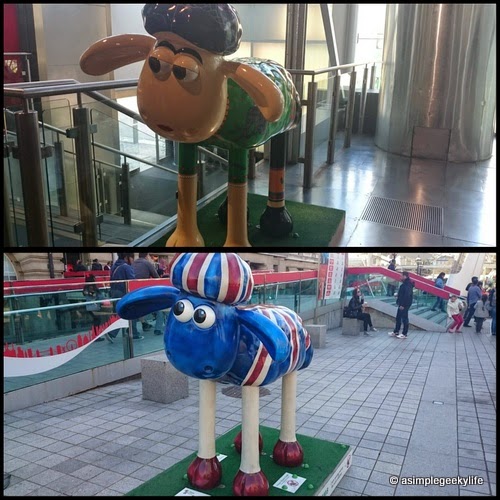 I couldn’t stop… I took the bus and headed towards Piccadilly to re-seek the ones I already found to get the codes for the app, just to show I found them.
After getting the code for Nelson I found that I was pretty close to the one at The Mall… Hmmm… And also the one at St James’s Park!! ¬,¬”” Too much walking… 10-15 minute break needed!! Then back into Covent Garden and found those remaining two… 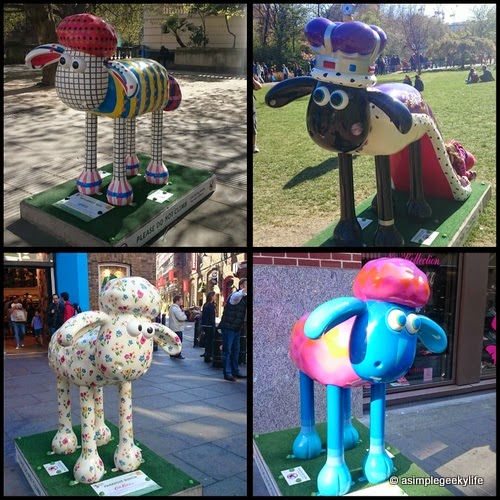 That was it for Saturday! Found 42 including the ones I found before. I could not do any more walking. (ー.. 一 )  Had food at Shake Shack. 😛
I somehow found the energy to find the remaining 7 Shaun’s on Sunday. No idea where it all came from.
Went to Paddington Station first via bus then walked towards Paddington Basin to find the Paddington Shaun. ^_^ Then I headed back into Regent Street and found the rest there. Make sure you head early for the Hamley’s Store one – people just crowd around it and don’t seem to want to give you the chance to take a picture… 😛 Selfish people!!!!! 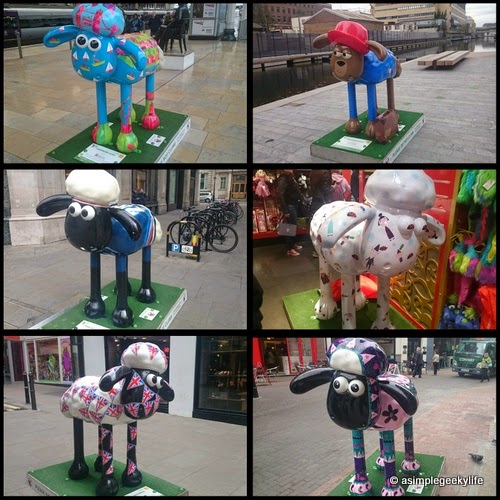 Took a break and ate a burger at Five Guys before heading to Canary Wharf.
I found my last one in Jubilee Park!! Yipee!! 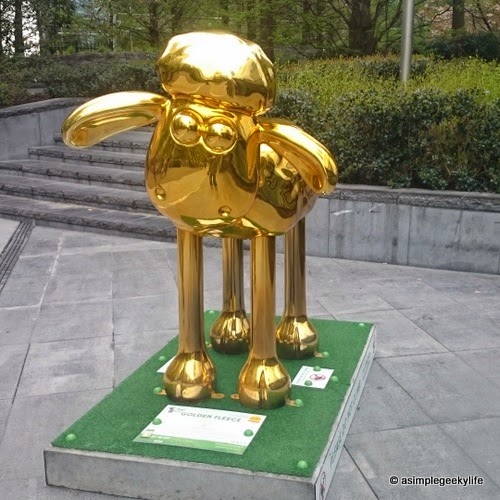 Was very exhausted after the long weekend of walking and I’m sure I’ve lost a few pounds in weight, heheh. Seeing this dog try to catch this duck made my weekend feel so good. ^___^ 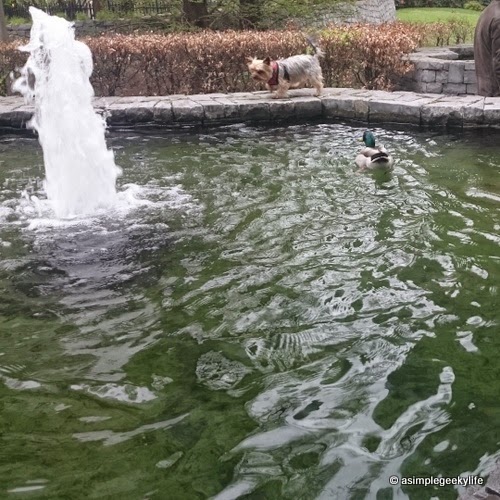 Can you find them all? Make sure you download the app. It’s £1.49 on Android phones and it all goes to charity. The app is better than using the paper map!!

Am I going to the one in Bristol? Uh. Not sure yet. Let’s see if someone can drive me there. 😉