So we’ve had an Australian advert buzz now it’s the Russian (and British) turn to make some mockery of our ever changing nation.
Smirnoff have actually made me LOL for a good few moments. When I first saw it, I smiled and shook my head as in What The Heck is this?! But reading it again and again made me laugh… It says “Homosexual, Heterosexual, Who-Gives-A-Sexual… We’re Open Smirnoff”. (Meaning: Who gives a f***). Nice pun!!!
OMG. What were the advertising team thinking? I guess a lot of us enjoy a bit of Smirnoff whether people are homosexual or heterosexual… but I’m not sure about the asexual part!! ^_^ 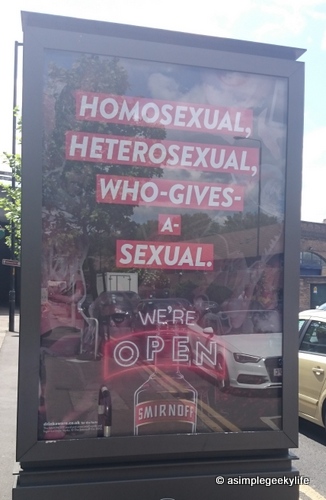 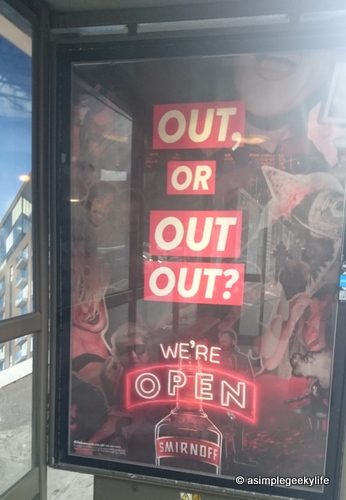 There are a few different ones out there. So watch out!

I hope these ads won’t stir people… these ones are definitely a bit of fun.

Very hot outside. I'm sure I've received a week's worth of Vitamin D. Had a very nice #lunch and #dessert today too! 😁
Long time no Instagram! Trying out this #OkinawaBrownSugarMilkTea from "3:15pm Milk Tea" #3點一刻... it's not bad, just leave the bag in for a slightly stronger tea taste.
How did I not notice this new store in #ElephantandCastle? #GoldenTea sells #desserts and #bubbletea!! There's a forever increasing Asian (and Spanish) community in Elephant and Castle area.
Defo busy out in #TrafalgarSquare and China Town today! I've always wanted to take a picture of this monument on pillar 4... The fountain water also froze!! Wonder if anyone tried to ice skate in the fountain! 😅
Happy Chinese Lunar New Year!! Think I'm too old to be getting #redenvelopes!! 🤑🤑🤑🧧🧧🧧 #新年快樂 #恭喜發財 #Chinesenewyear2021 #lunaryear2021 #利利是是
Think I have something to write about!! Missing Chinese restaurant #noodlesoup. Bought the #beefbrisketnoodles one. Have high expectations! Only joking!