Never seen this Roast Beef flavour from Nissin before so I snatched this up from Longdan Express for 50p. Haven’t seen this flavour in China Town either.

Added the soup base and favouring oil to the bowl (before I get told off for not making this properly). 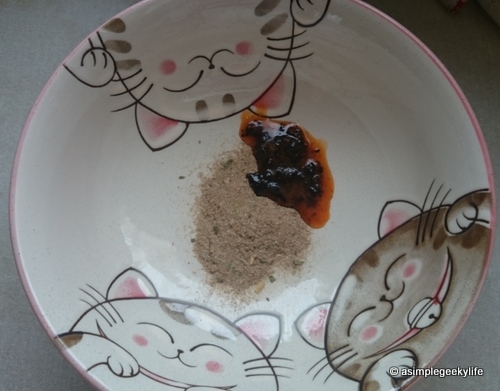 Then I added the noodles and water into the bowl… At first, I could only taste a subtle beef flavour, but as I ate more and drank some of the soup, the beef flavour sunk in and it had a little spicy kick. Tastes nice compared to the ordinary beef flavour noodles.

Not a bad flavour!!

Price: 50p in Longdan Express (varies in other Asian stores)