I needed to see more fireworks. I’m addicted to them. Last year I didn’t see any because I was enjoying myself in Tokyo, heheheh.
This year I was determined to see another fireworks display after seeing some poor neighbour displays, and I was definitely not willing to pay for anything. So I was in search for a nearby display. Most were happening on the weekend – the nearest ones were in Battersea Park or Blackheath. I messaged the usual people if they wanted to go to the Blackheath one as it was free… but nope, no one wanted to go. 😦 In the end I decided to take my chances and go to Battersea Park. I read online that if you didn’t want to pay, the best view is the north side of Albert Bridge Road. I took that advice and made my way there. Thankfully it stopped raining, not too cold on the bridge – but that’s likely because I wore a woolly jumper and thick socks.
Boy… the walk from the 344 bus stop Harris Academy (which I took from the Imperial War Museum) to the bridge is really, really long! OMG. If I knew it was that long I would have gone the other way via Victoria (I went home via Victoria – didn’t have to do that long walk phew)!!! I was exhausted by the time I found a free spot on the bridge, which is a bit wobbly with so many people on it.
Gosh the crowd waited and waited until around 8.10pm to 8.15pm the fireworks started (basically it was a late start). Yay!! A group of youngsters were talking around me… sometimes I feel like how did I become so smart at their age… You all know that light travels faster than sound and that’s why you see the fireworks first before the exhilarating boom is heard, and not the other way around ¬_¬””. Learn more sciences youngsters, you’ll need it for your future.
Well I took over 250 pictures using the burst motion on my camera. That was very fun to use as I knew I wouldn’t be able to take great shots, you really have to get the timing right! Here’s a few of the BEST shots from the display – this year’s theme is to celebrate Britain’s longest reigning monarch. ^_^

Sorry for the flag… I should have moved to a better spot! 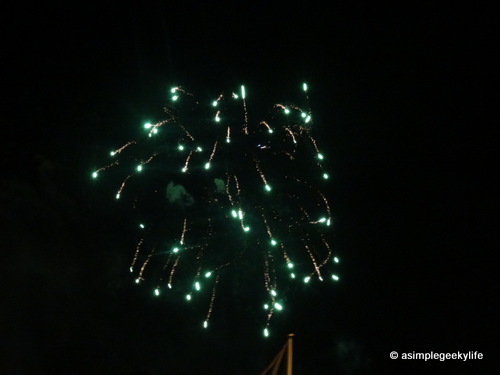 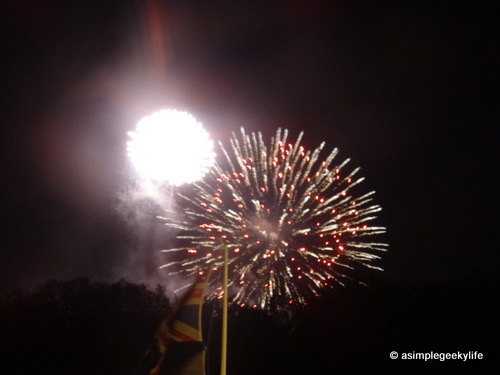 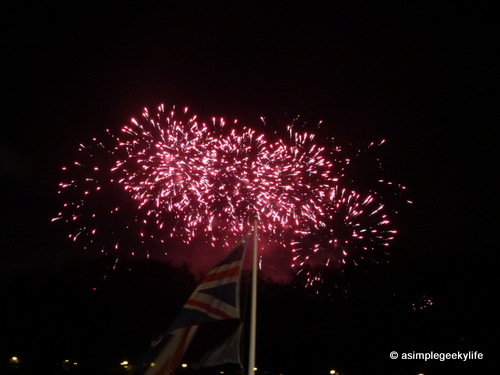 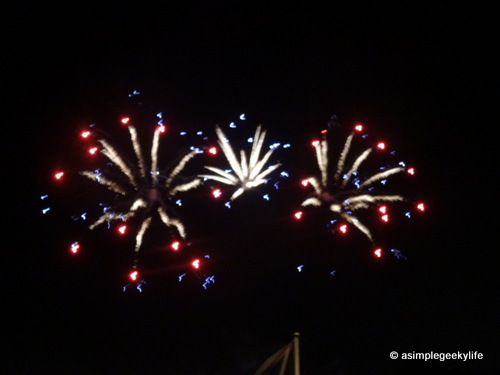 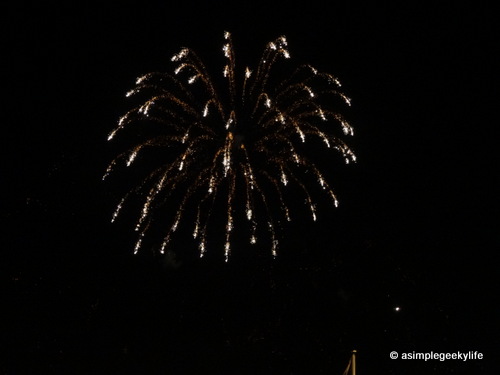 The ending was the best part!!! 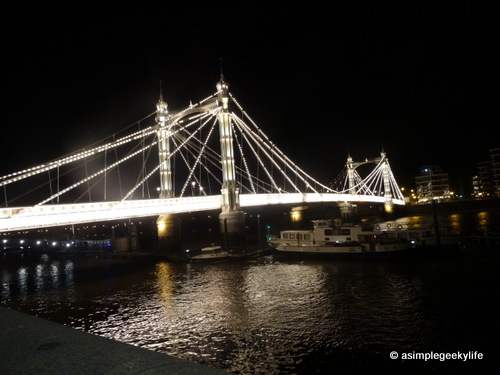 Lots of people clapped after the show, heheh, free show for us cheapskates!! Hmmmm, think I might go again unless someone takes me to one that’s also free and easy to get to. >_<"