It’s time for another Hyper Japan event!! The Christmas event!! Woohoo.
Never got to go last year because Miss Pinky and I landed on the weekend it was happening on. So we were already Japanned out from our flight. ^_^
This year I HAD to go! My fourth Hyper Japan. It’s in a smaller arena called Tobacco Dock – a place I have never been to before. London has so many little corners I’ve never been to! Well, the queue was not bad that morning. Got a wrist band because I bought a dual ticket but because I wasn’t priority I still had to queue in the normal queue to get in! ¬_¬” Well, we moved quite swiftly compared to the summer one. 🙂

So here it goes, lots and lots of pictures… Meet you peeps at the second half of the session, which is further down… 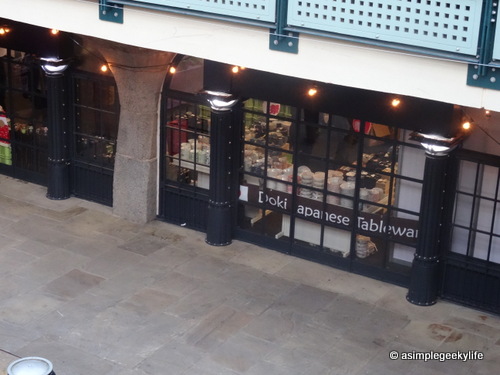 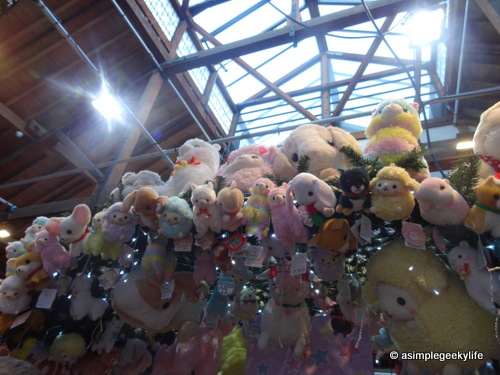 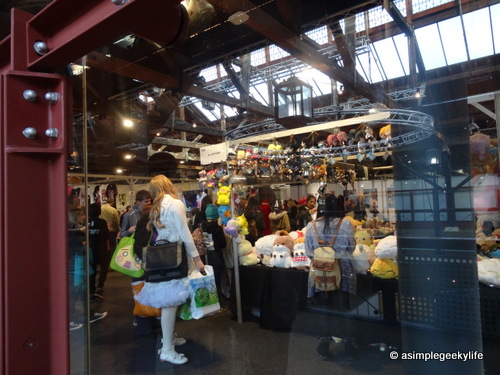 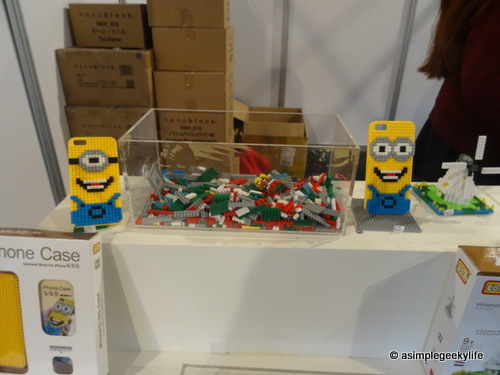 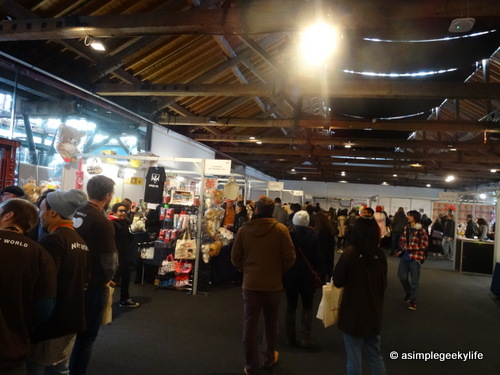 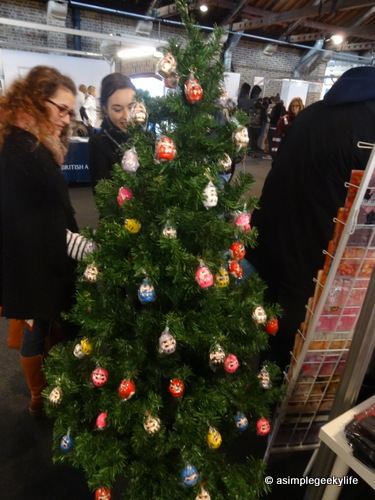 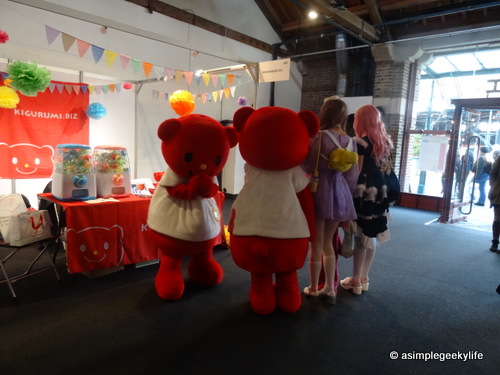 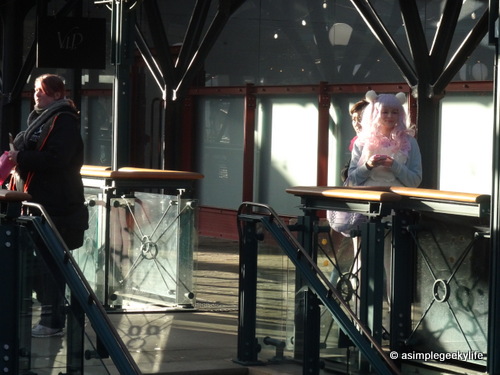 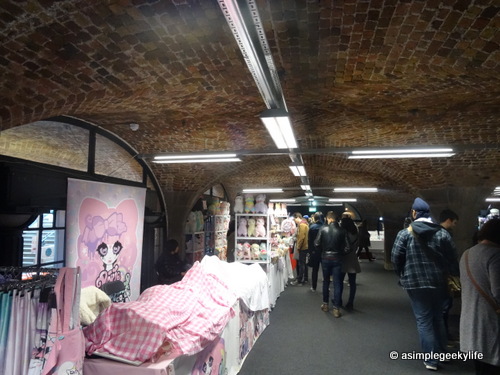 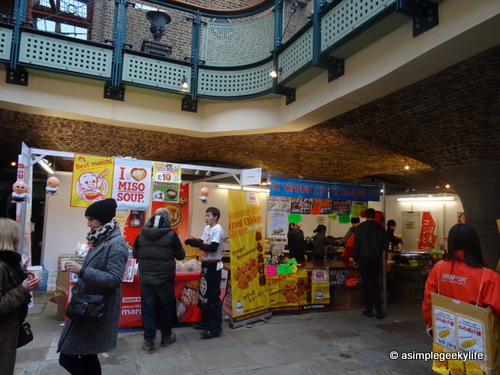 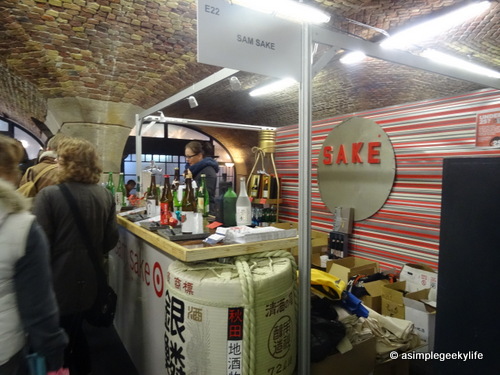 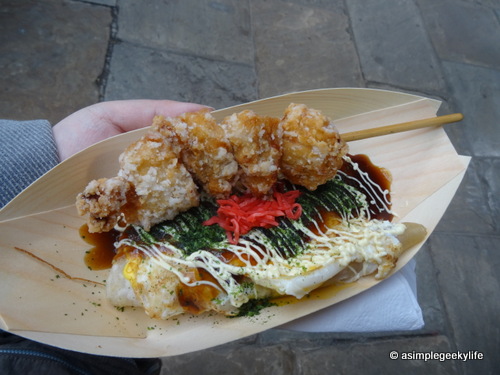 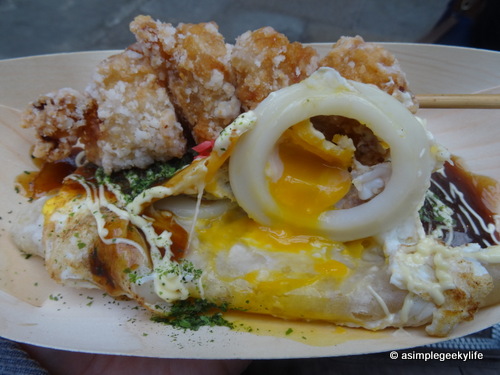 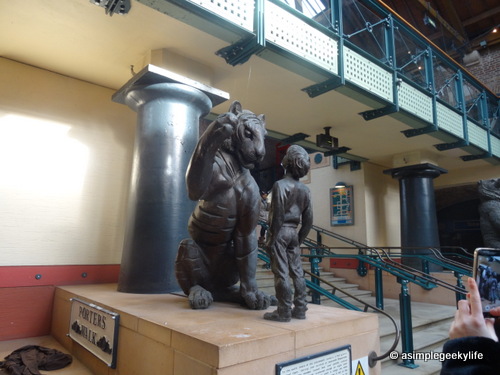 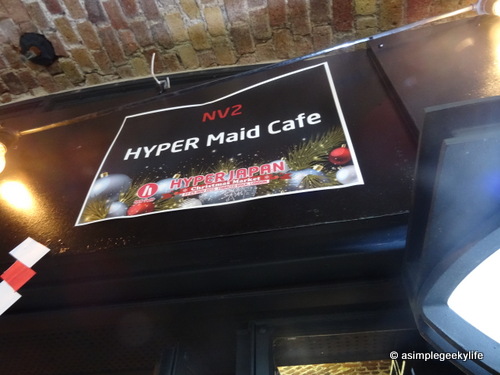 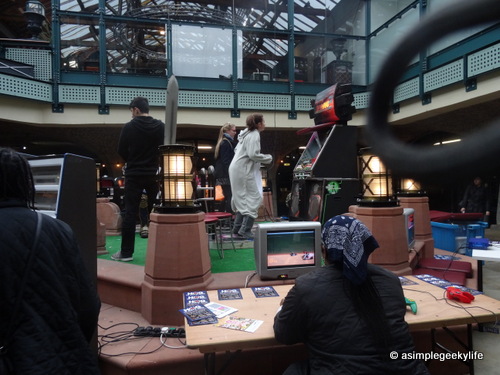 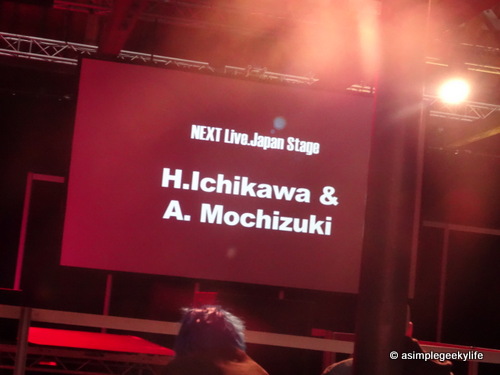 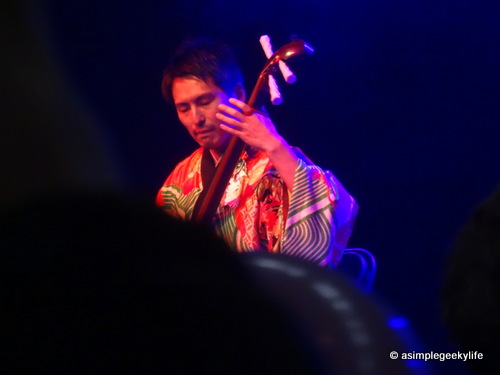 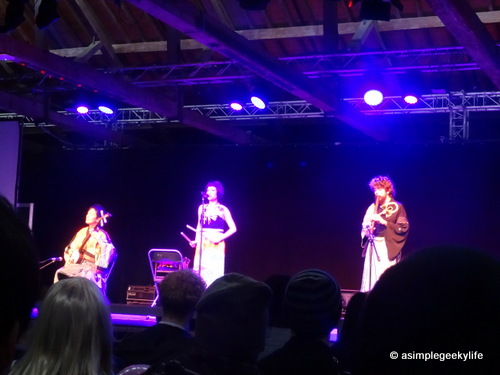 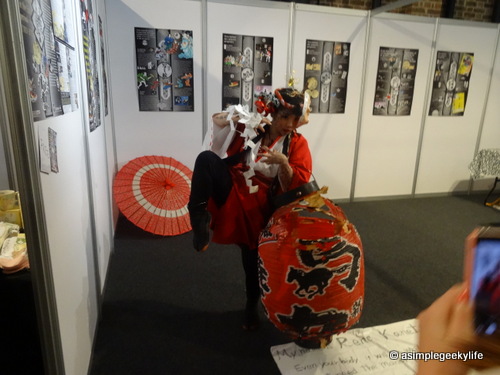 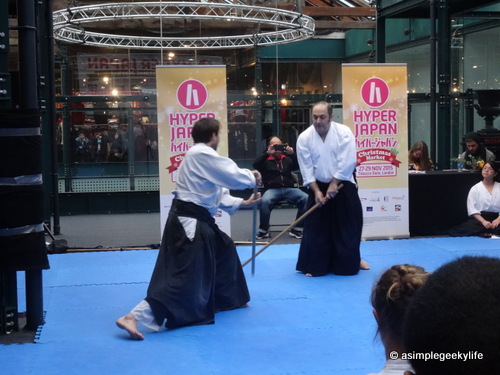 Gosh! Fashion show was EXTREMELY crowded!! I moved towards the centre back after the anime directors did there Q&A’s. 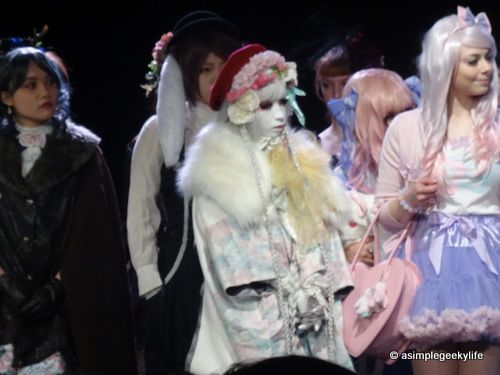 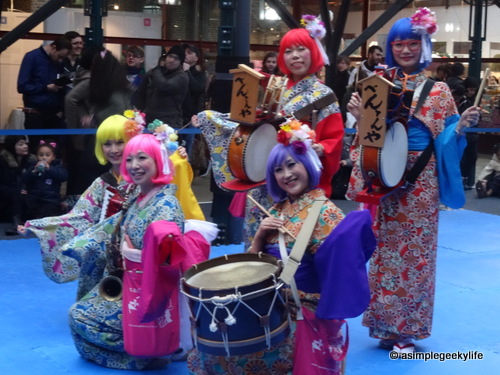 Second half started in the coooold! Had to go back out and start queuing again… This time because I had the yellow wrist band I was given priority to go back in… Woohoo!! ^_^ Happy Geek!! BUT we still had to wait until 3.45 pm before the second half actually started… Boooo!!!

So at 3.45 pm we all were allowed back in, I was hungry again so I went off to find food… Was not impressed by chicken katsu burger served by some Cantonese speakers… ¬_¬”” but I did like the mango bubble tea… should’ve went to have a donburi at the opposite stall…

Time to go and watch more entertainment!! These ninjas are funny!! 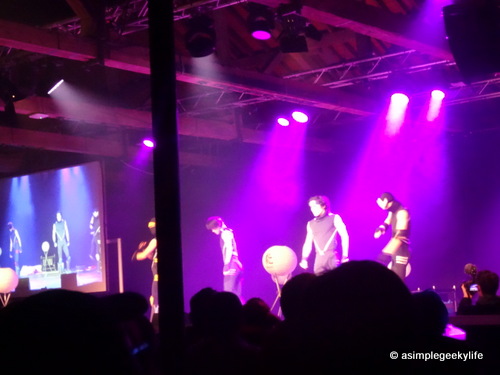 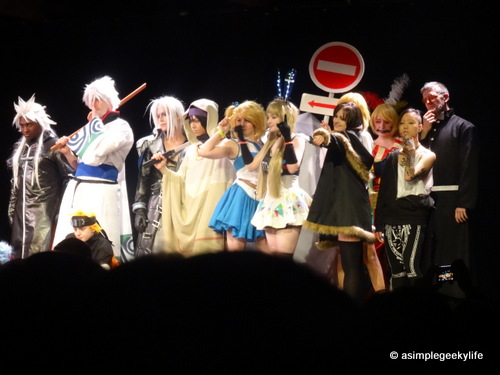 And finally the person Japanese band I was awaiting to see all day (I actually heard them rehearsing in the morning)… Ladybaby!!!! They are a YouTube phenomenon!! Ladybeard (real name: Rick Magarey) who is an Australian Wrestler and is a 5 year old here who sings heavy metal with two cute teenagers Rei Kuromiya and Rie Kaneko (who unfortunately was not able to make this weekend due to a family situation)… ^_^ 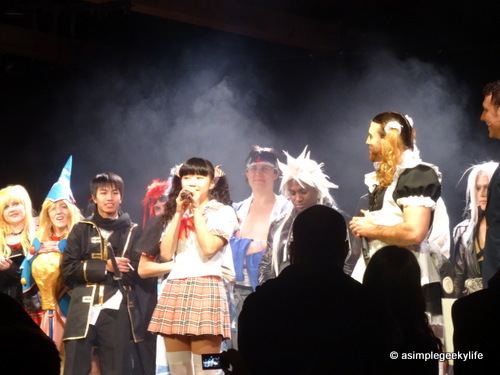 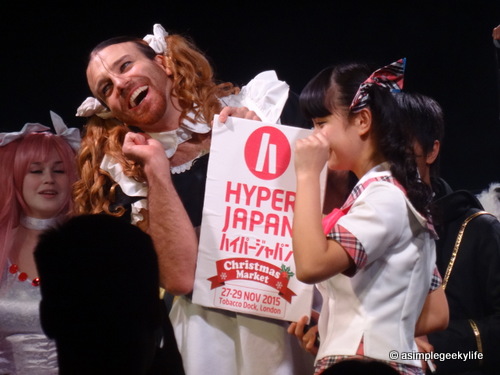 So after the cosplay and mini Ladybaby concert I decided to brave the cold and stand in the line to Meet and Greet them! Stood in a what was presumed a spiral line with a  bunch of eager beavers also wanting pictures… Make sure you purchase photos, a raffle or t-shirts to be able to take a picture with them!!! I purchased pictures worth £10 (5 in a pack) at the front… 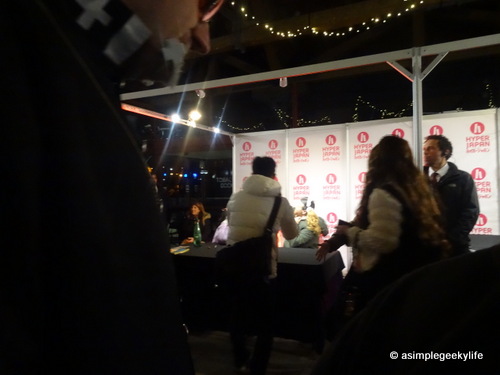 Arrrgh! I hugged them both!!! And Ladybeard says I have a cute London accent! Awwwww, so kawaiiiiii!!!! I spoke to Rei in Japanese (konbanwa and arigatou gozaimasu) – she looked a bit bemused… They both looked tired and I saw Rei pout. Awwww, not long to go. One more afternoon to entertain!!

In the end, after braving the cold, I went around one last time… I bought some ice cream, and I’m sure there was wasabi flavour, unfortunately I was too late and missed the wasabi flavour. 😦 I bought the espresso flavour, which is awesome and better than the Haagen Dazs coffee one, and I tried out the ginger one, which was sweet. ^_^ £2 a pot, and it didn’t melt as much as I thought it would… Turned all mousse like when I got home…

In the end I spent £67.50… I kept tabs on myself so as not to overspend like a crazy geek who wanted everything!
Journey home was a nightmare by the way… I had to change buses about three times before I got home. Humph!!
My brother Mr Stingy is there right now… So only a few hours to go before it ends,.. I might go next year if I’m not on another holiday. ^_^