Ta-daaaa! I seem to be saying that a lot recently.
Time Out London had an offer I couldn’t resist! I paid for a cheaper ticket to go and see the Magical Lantern Festival at Chiswick House and Gardens. Might as well since you don’t get to see this too often in London.
So yesterday I went to get the train from London Waterloo and got off at Chiswick Station. Passed my old uni station and reminiscing about the past… It’s been more than a decade since I graduated! Anyway, I asked a lady (who was being cheeky) the way to Chiswick House and Gardens. She said go over the bridge and there’s a street called Park Street… keep walking for about 10 minutes and turn right. Note: there’s no sign for Park Street, you’ll just see a street of houses. Also note that there is a side entrance to the Gardens, don’t go into that if you’re there early, which is what I did >_<".

Because I got there early I managed to get a sneak peek before the lights went on. So if you can’t see them at night, go in the morning to have a look!

Monkey King is looking for a battle in Chiswick. >_< 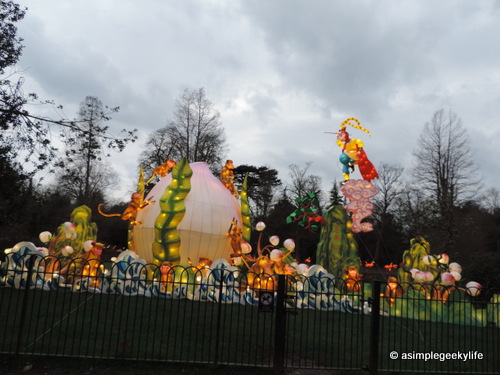 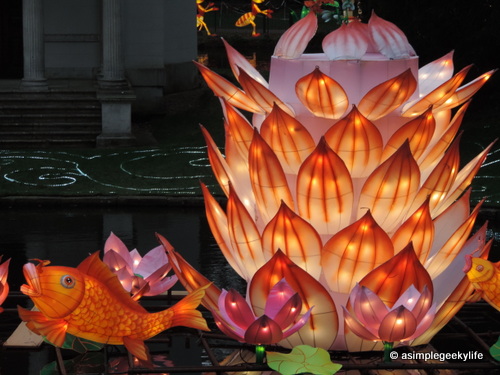 Had to walk out of the park and get to the car park for the start of the festival. Queues were already forming. 1 queue for already bought tickets and the other for those who wanted to purchase… Anyway we all waited patiently….
Finally got in, but still had to wait to scan tickets in… Unfortunately my ticket didn’t have a scan thingy on it from my Time Out voucher… apparently I had to go to the Box Office on the side and get my hand stamped! Then go back! Luckily I didn’t have to re-queue, otherwise I would have been annoyed… Time Out voucher holders, make sure you get stamped at the Box Office!!! 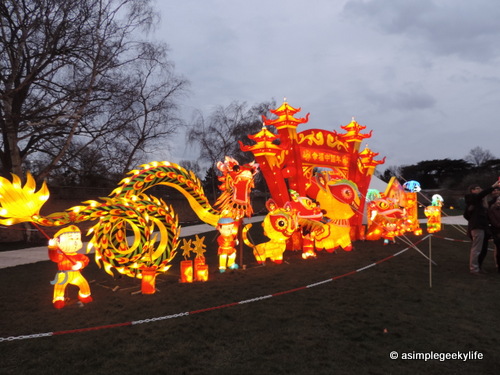 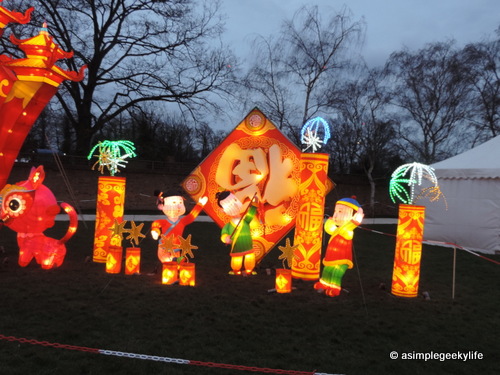 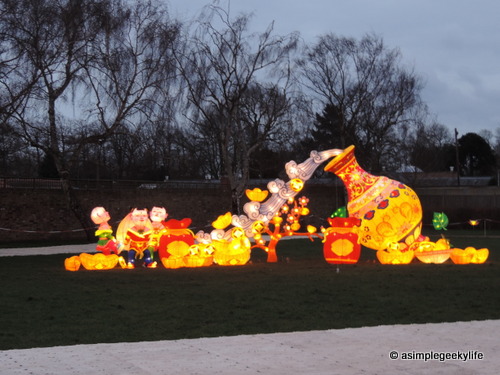 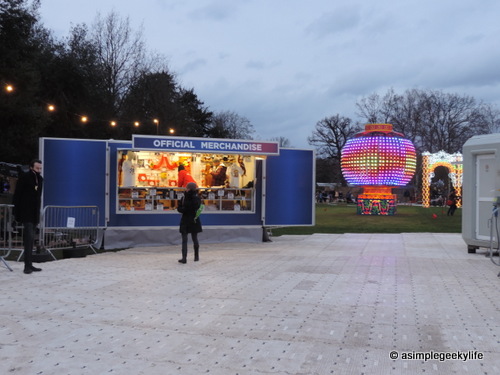 Myself and a lot of other people entered into an alley of lights. 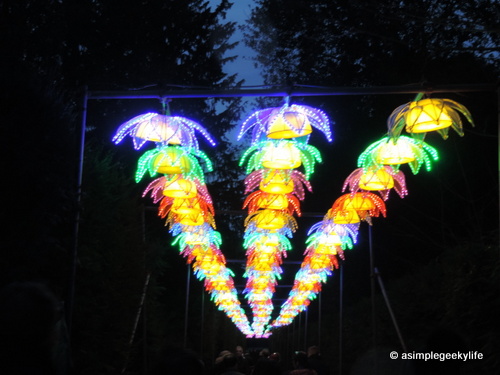 Then the show began! Here are just a few pictures, some came out fuzzy because of the lights (too bright for my camera) and rain. :p 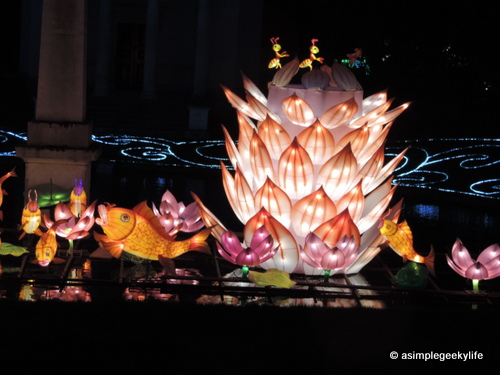 Monkey King glows in the dark. 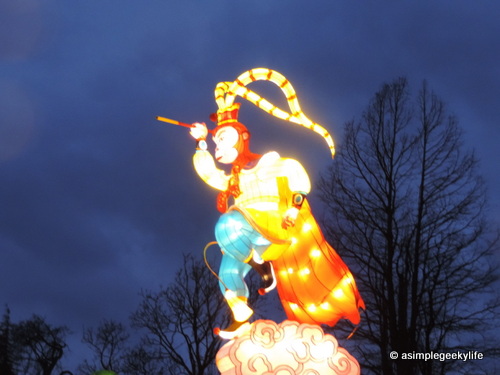 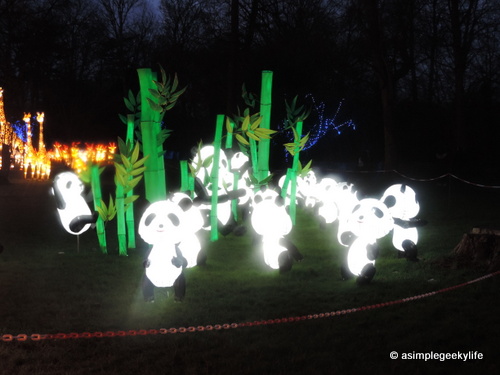 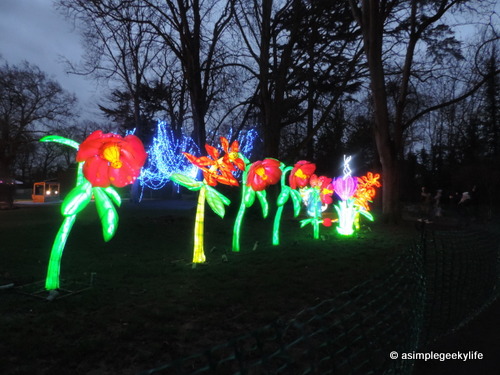 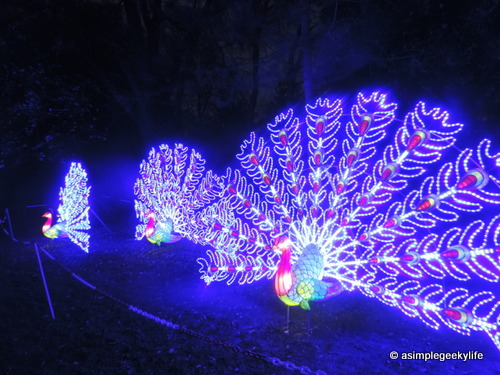 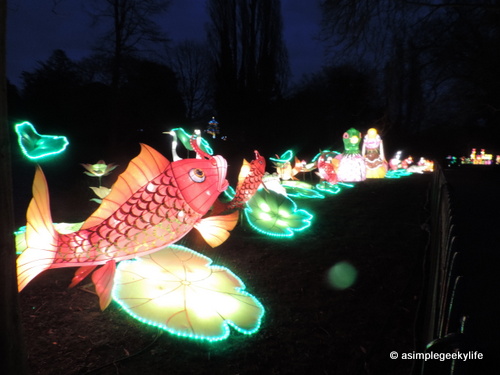 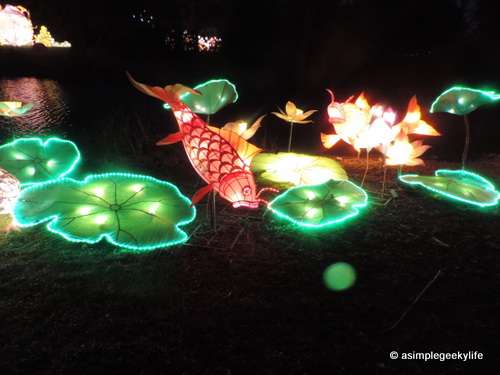 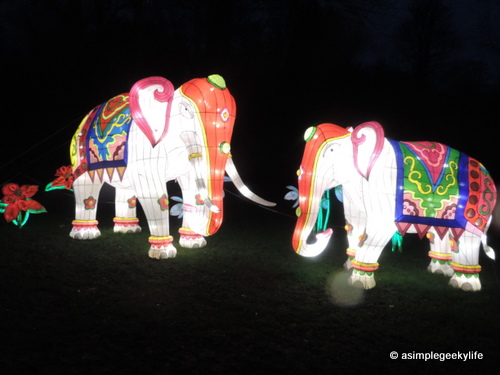 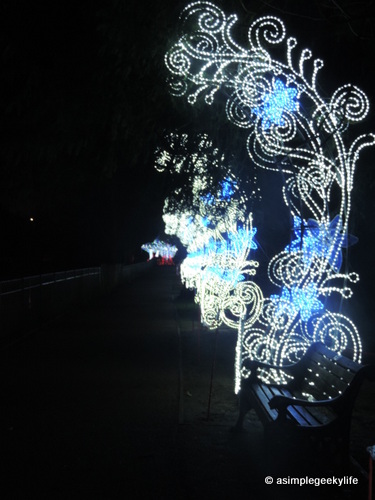 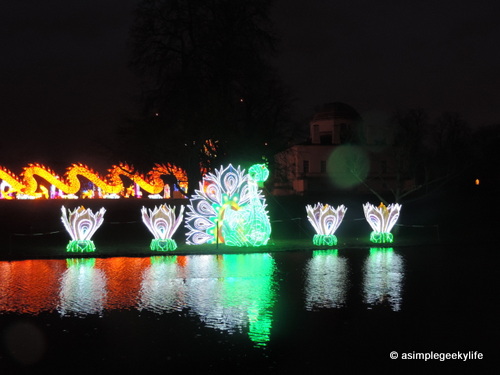 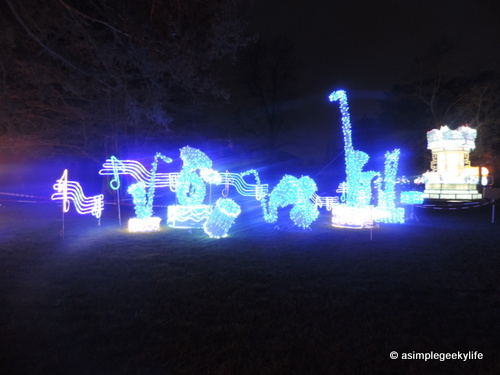 Think they’re getting ready for the Valentine’s Day couples. 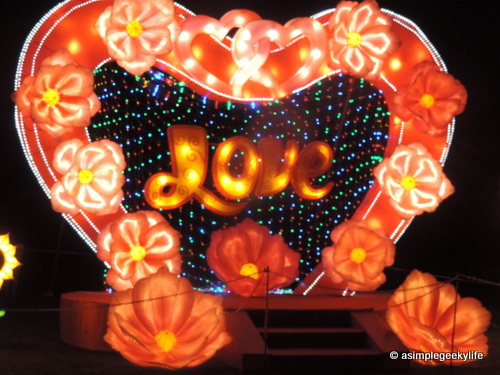 Well that’s it. The festival ends on March 6th, so if you get the chance to go then enjoy! It is about an hour’s walk around the gardens. The website suggests around 75 minutes – well only if you stop for food and drinks plus loo time.