I passed my driving theory test today! And so now I have to learn how to drive and pass it within 2 years! I’m a geek. I spent only 2 weeks revising intensively!!! Miss Pinky has to retake hers, and I’m positive she’ll pass next time. The questions are not that bad, some are really just common sense and some you really need to know the facts…
Well, that’s over and done with, and now I have to revise intensely for the Japanese Level N5 exam in July. 😦 I can’t stop learning! It’s my hobby to learn and learn more!!
In the meantime here’s something I bought a few weeks ago in East Street Market. Nissin’s new noodle flavour that is now selling in some stores in London. Spicy Beef flavour. The packet is in such a bright blue colour and so it caught my eye. 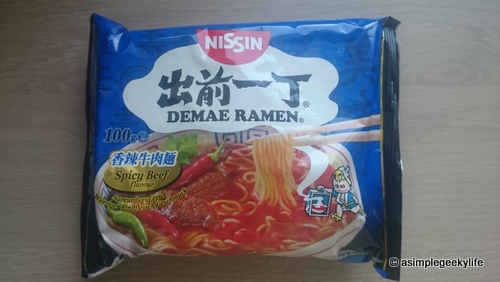 So obviously I cooked it in hot boiling water for 3 minutes, placed it into my favourite bowl from Hyper Japan and then added the soup base and seasoning oil in. 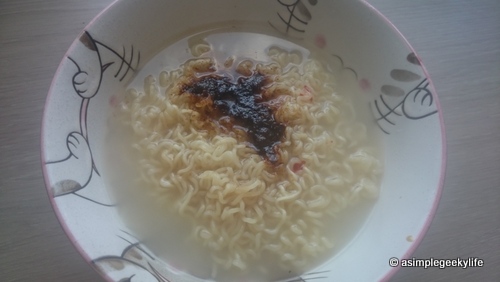 It smells incredibly like there was a lot of coriander and spices (like Chinese 5 spices) added into this recipe. When you’re eating the noodles you can’t taste the spicy beef flavour until you start drinking the soup, then it hits you. Nissin have tried really hard to capture the flavours in the soup which I think they have done quite well. ^_^ 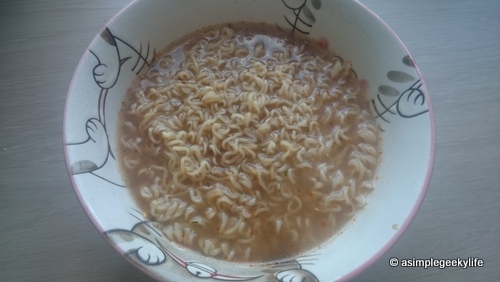 I bought an extra packet in case I liked the flavour. I did. So I will be eating this again. ^_^

Forgot to take note of the price. Always do. It’s 42p in the market’s Chinese shop.

Wonder if Nissin could just export more flavours to us!