Sunday 11th September – afternoon to evening
In the bus we go, we had to actually run for it as people were pushing in to try and get a seat. These older people weren’t even waiting for the other people to come off… Come on people just wait before getting on… We both paid another €19.70 for another 2 hour drive towards Galway.
We passed this pub at one of the stops and pointed it out to Miss Money to go and find herself a man as there was a “match making festival” going on. Heheheh. She would have said the same to me I gues. HAHAHA!! 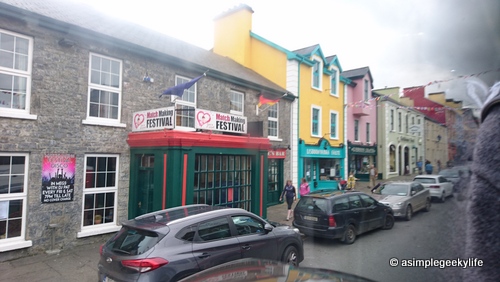 Two hours later we got to Galway train/bus station. Took a loo break and looked around the station to remind ourselves on how to get back there the next day to get to our next destination. 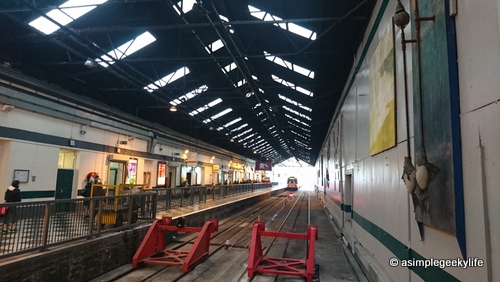 Then it was another long walk to our B&B… Ugh… Walking in the wind and rain is just not fun anymore… :p 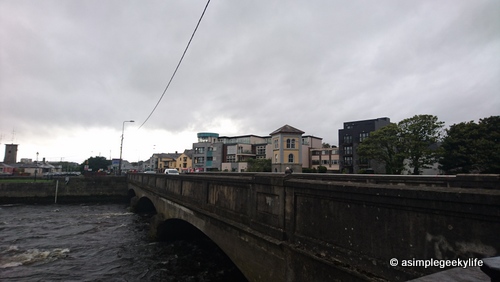 We got to our B&B after a few wrong turns. Introduced to our room. And we asked where to find food etc…
So we rested for a few minutes, then went out to find any food… I was hungry, we both were! Miss Money wanted fish so we had a look around to find anything with some fresh fish… In the end we went to this fish and chip shop. There were hardly any customers at first, then there were loads in the end. It was a long wait… Longer than the 10 minutes that was suggested. Why were people hungry at the same time as us… :p 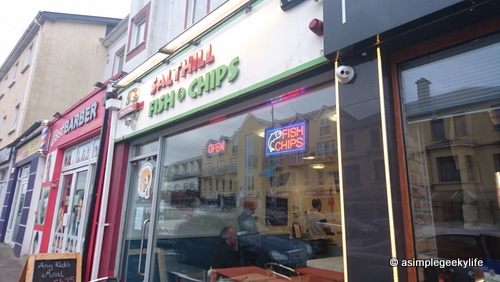 We took our food back to the B&B which stunk the room a bit, but I sprayed the room afterwards. The girl who added salt and vinegar to my food added too much salt and not enough vinegar… It just didn’t taste nice in the end. Ugh. I will not be going back to this place again. 😦 Miss Money just had fish but one of the girls added a few chips because they took longer than 10 minutes. Not sure if she ate the chips in the end. 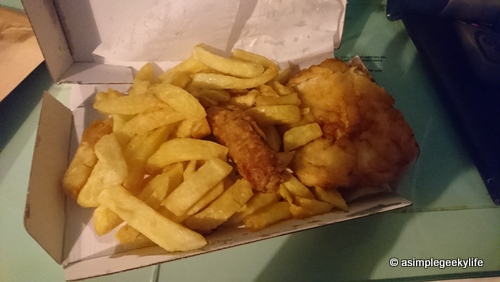 To digest and to have a look around Galway, as we wouldn’t have time in the morning, we went out for a short walk. Think it was about an hour long.
The moon was out. It was windy. And we were looking out at the Pacific Ocean from the Irish end. Heheh. Gosh so windy that I had to take a video for my friends to see… Galway is a nice place, but I don’t think I could take on the fierce weather from the East Coast. People were running in this weather. :-O… REALLY!! 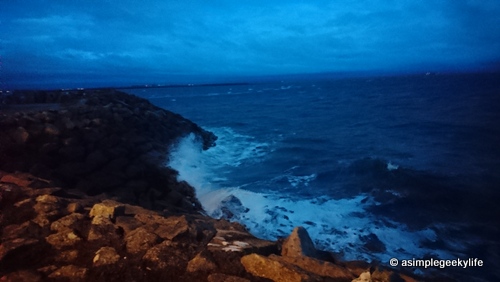 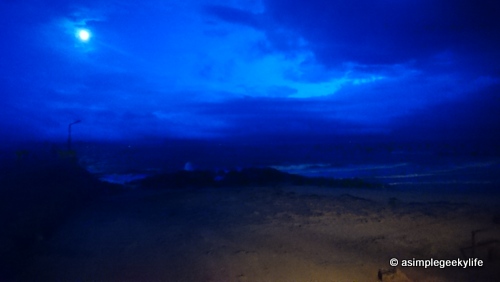 After our short walk, we went back to the B&B, showered and watched a horrifying movie which looked like a Breaking Bad adaptation. Could’ve been a movie before the drama though… not sure!