Free daaaaay!!! Meaning I get to “hang out” with MummyGeek (like I haven’t been for the past few days… sarcasm ¬_¬”) and Mr Stingy got to go out and do his own thing – think he decided to go to Ma On Shan and find a new bus route from the hotel.
So where did we go for the day? We went to Tai Po by taking the 74A bus which only comes hourly. It wasn’t like that in the past, but because of some new train lines people aren’t taking the buses anymore… MummyGeek always wanted to have a look at this food centre which is on the top floor and it’s just right next to the bus stop we got off from.
Address: Tai Po Hui Market and Cooked Food Centre, G/F-2/F, Tai Po Complex, 8 Heung Sze Wui St, Tai Po District., Hong Kong

There were a lot of food stalls opened when we got there. Some weren’t opened yet… But in the end MummyGeek wanted to try out these Shanghai noodles at 東記上海麵 Dong Kee Shanghai Noodles.
We were allowed to choose a our own veggies on top of the noodles, so MummyGeek chose choi sum and preserved cabbage with beef brisket. I had the same but without the preserved cabbage. We could choose either a pork chop or chicken wings, and we both chose pork chops. I thought MummyGeek had ordered chicken wings, but nevermind! 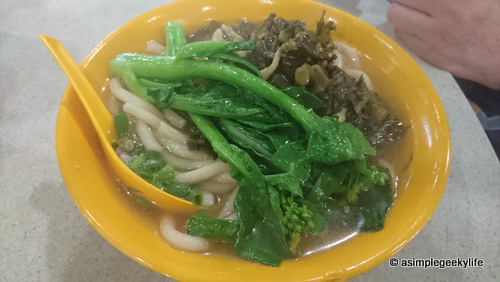 Shanghai noodles taste almost like Japanese udon noodles, but I think these have more elasticity and much chewier than udon noodles. (Bought some in London from Longdan Express and Shanghai to see if it would be sort of the same texture – it was!). Hm, I think I prefer Shanghai noodles.

The fried pork chop was scrumptious. Well seasoned. I just wish we had ordered the chicken wings now!

Total cost came to HK$94 (I think – forgot to note it down, but it was practically almost the same price as previous breakfasts ~£9.89).
Just to note, you might be sharing a table with some other Hong Kongers and their maids. We sat next to a couple of women and a Filipino maid… Sometimes I wonder why do people in HK have maids? One – to help with the shopping. Two – is it cheaper than taking their children to nursery. Three – ??? Apart from The Queen and the rich peeps in England, I don’t think none of us has maids in the UK. We practically do everything ourselves. Does an extra pair of hands really help? I’m just happy to have lots of freedom!
After breakfast/brunch it was time for MummyGeek to feel like she was back at home and just walk around… We went to the normal places we go to, like the shopping centres. It’s not far from the main street, but we always go via the old shopping centre and then into the Tai Po Mega Mall (Address: No. 8 & N.T., 10 On Pong Rd, Tai Po, Hong Kong). It’s a bit of a trek if you try and find a different route. 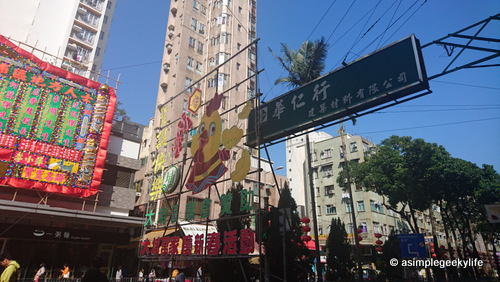 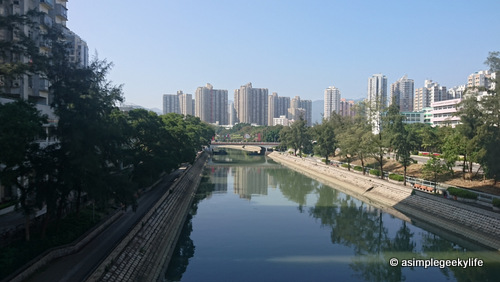 We explored the Mega Mall, went to the loo as well, but of course everything there was expensive. We looked at the woks and saw one that cost over HK$3000…. WTF! (~£315). Sorry but no way do I need an expensive wok like that!). Didn’t really want anything from here, so we went back 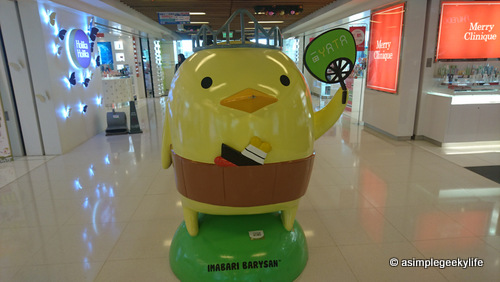 In the end MummyGeek said we should have a look around the old streets. She wanted to look at the area she used to work in when she sold flowers and plants when she was young….

Towards the end of this street (Kwong Fuk Road), can you see those trees? That’s where there was an old flower market MummyGeek used to work in. It’s now converted into Kwong Fuk Bridge Garden where some old people hang out.

Where these shops are now used to sell rice, I guess before rice were sold in packets and big bags… MummyGeek was not happy, but told her that shops have to modernise and rice shops wouldn’t have lasted. Never seen a rice shop in my life! And next to that Kohler shop was once a cafe MummyGeek used to go to for her brekkie/lunch. LOL! She really does miss her past!

Anyway, she said there was a market around there so we walked up further and found it… I’m sure we’ve been to this part before.

We once went to this market with MummyGeek’s younger sister man years ago. You can buy cheap clothes and foods here. ^_^ 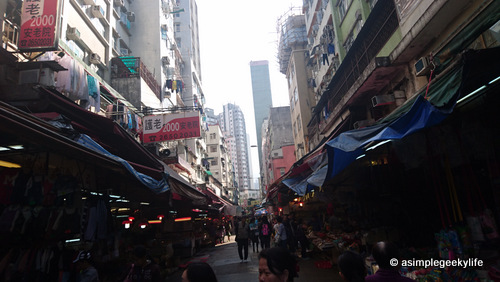 MummyGeek wanted to buy some peanut sweets for DaddyChef… these aren’t bad, very fresh, and not too sweet! Just make sure you seal them properly because they do actually smell a lot. ^_^ LOL! 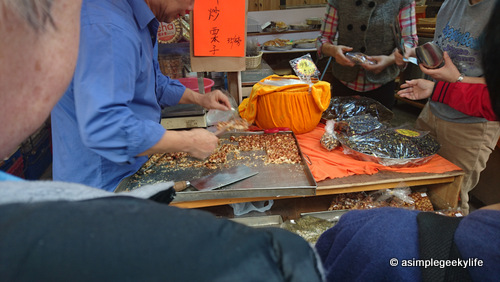 Finally it was time to head back… We saw these old two ladies fighting over cardboard boxes. ¬.¬” This is only supposed to happen in HK dramas, not in real life! Blimey! The older generation take newspapers, cans, boxes etc., etc to a recycling centre where they can exchange this for money. I guess the heavier it is the more money you get… Maybe they should introduce this in the UK for people to recycle more. Just watch out for the arguments to follow! Theresa May – you need to get on with the environmental issues in the UK as well as your stupid Brexit plans!!! (I did not vote for this political and enviromental crap to happen). 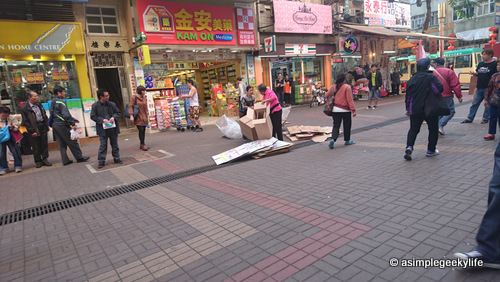 We waited ages for a bus to come. We were at the bus stop in time, but unfortunately it does come hourly… Well the bus was frigging late! At least 45 minutes late… It was a very hot that day too. 😦 MummyGeek was not impressed, and I think I was going to die from thirst… I did tell MummyGeek to buy a drink earlier, but she didn’t listen to me (as usual)… I kind of had to push her back in case the bus came… she didn’t like that ¬_¬”” … sorry mum! :p
Well we got back around 4-ish… our snacks already bought in Tai Po… 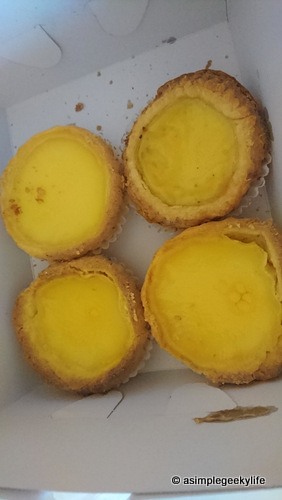 This is what MummyGeek bought… we had to feast on a lot on the remaining days… SIGH. Too much food! 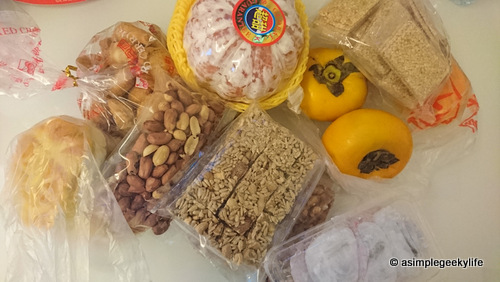 What’s this again? Ah yeah, some sort of pineapple bun style cake… interesting… (not using real pineapple). The top was just like a po lo bun (pineapple bun) but on top of a sponge cake.

Have to show you what I got at the Mega Mall. I caught a Charmander for HK$30 (~£3.16) with my Octopus card using one of those toy machines whilst MummyGeek was in the loo… ¬_¬”” 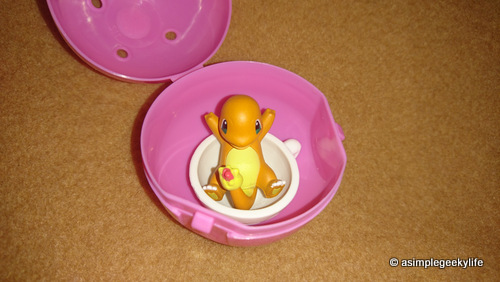 And uh, these are the crisps I bought… ¬_¬” I like snacking!