Happy Birthday to me!! ^_^ I will be doing absolutely nothing i.e. not hanging out with friends… contemplating on my age.

It’s been a tragic week… condolences to the people of London and the victims. We will stay strong!

My colleague Miss Vegan wanted to learn and we kept talking about it until I eventually decided to give it a go (without her – I gave a chance to decide to go together, but she took forever to decide… too busy at the time). MummyGeek won’t teach me either – she has this belief that I would break her machine – even her precious industrial one (which hasn’t been in use for many years). ¬_¬””
Checked on Groupon for any sewing deals, and one came up showing a two hour workshop for £21 on an introduction to sewing at The Fashion Box based in Seven Sisters Road in North London. For me it was a little hard to find and I had to get two buses to get there. 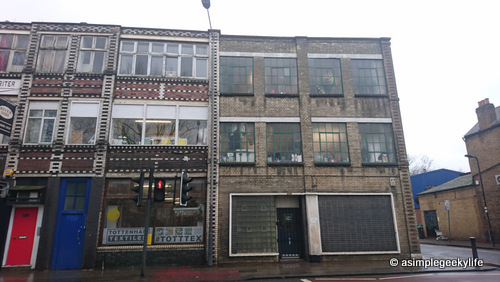 You’ll recognise where to get off once you see this gigantic snail painting on the wall. 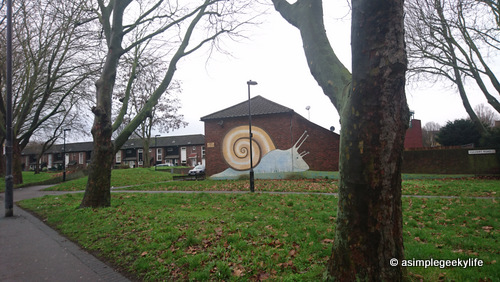 We were introduced to a basic sewing machine. Singer is quite a popular brand, 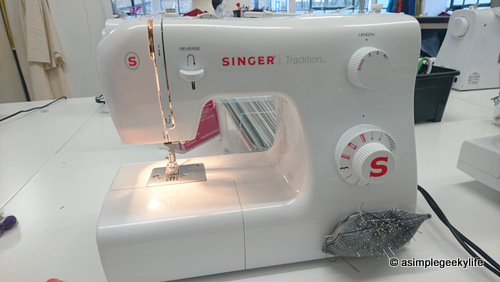 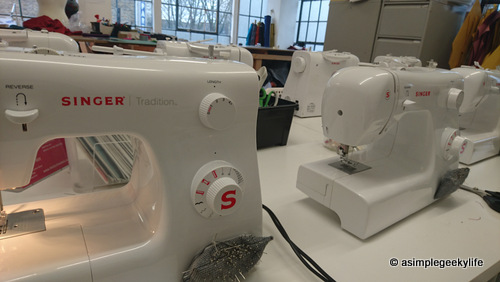 At the introduction, I learnt how to set up a sewing machine, sew in straight lines, how to sew in circular patterns and how to insert an invisible zip… almost messed up with the invisible zip!!

My handy work after 2-3 hours. I actually had fun at this workshop.

I was encouraged by Miss Vegan and a few other friends to try out some harder stuff… So I looked on Groupon and other places in London. In the end I chose to go back to The Fashion Box. Next was the dressmaking class, where they provide you with the materials. This was a six hour class. But I unfortunately I made a massive mistake by adding the zip in the wrong parts, but at least the front was ok! I had to spend a bit longer in the workshop trying to fix it, and felt a bit guilty for making our tutor stay longer than he should… Grrrrr… Anyway, took the dress home and asked MummyGeek for help later!
The dressmaking class is absolutely worth the go at £49 on Groupon (but check if it’s still running!). 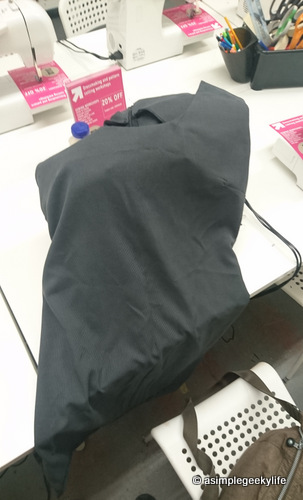 The skirt making was a week later and was the last workshop available in their calendar in early February…. This workshop was £29 on Groupon – but please do check if it’s still available! You have to buy your own materials for this workshop.
This workshop was less intense than the dressmaking one as there were two tutors – the owner and my tutor from the last two workshops. Don’t worry tutor 1, I was not scared off! The owner is absolutely hilarious and will joke about. He’s a real expert at some shortcuts with sewing machines.

It was a fun session, although I still made a lot of mistakes whilst making this skirt… Had to fix it at home again. 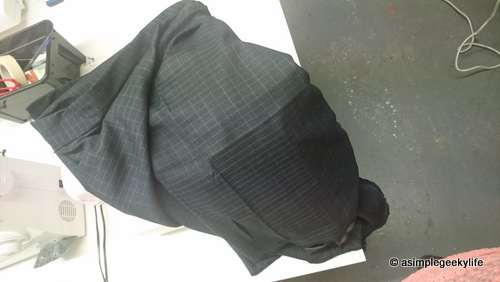 The final skirt fits! Slightly loose, maybe because I measured over my jumper instead of over my t-shirt. ¬_¬””
For a small fix it took me over an hour ++ to complete… 😦
I had a good time learning, and I think MummyGeek trusts me a little bit to use her machine once in a while.

2 thoughts on “Sewing @ The Fashion Box”