It’s been more than a year since I’ve met up with Miss Rock (I hope you all still remember her). We last met in 2014!!!! OMG. And our last trip was to Oxford. ¬_¬”” I didn’t realise it was that long. Our schedules are definitely not in sync, apart from that we’re both Aries and Chinese, and both of us have been brought up in London. ^_^
Anyone from London (well most Londoners) would have gone to Brighton at least once in their lives. Miss Rock picked a few places to go to but we ended up in Brighton. I haven’t been for a while, 4 or 5 years maybe… Before I started this blog. And Miss Rock hadn’t been since she was young. I chose to go in March because I thought it would be slightly warmer (wrong!).

So we met up at London Bridge, it was a shock to see her look so young but also wear glasses! Yay! Kept telling her to wear glasses for the sake of vision. 🙂
Miss Rock and I caught up on the train… it was surprisingly an empty carriage on a Saturday, after 10 am… Hmmmm. I can’t remember what time we got to Brighton though. ¬_¬””

First thing was to head to the rocky beach. Watch the sea. The English Channel to be exact. (>_<)"

We did a bit of walking, it was quite chilly that day… thought it would be slightly warmer in March (well warmer than January and Feburary, it was surprisingly warmer on my birthday weekend). It’s actually quite hard to walk on a stony beach, the best thing is to wear comfortable walking shoes on such beaches… :p

We ended up on Brighton Pier… 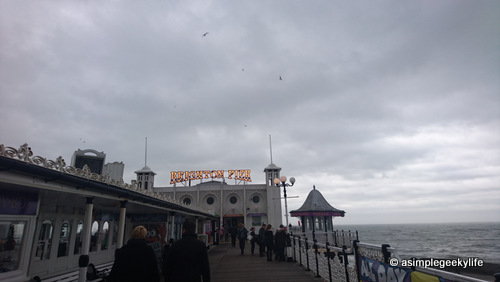 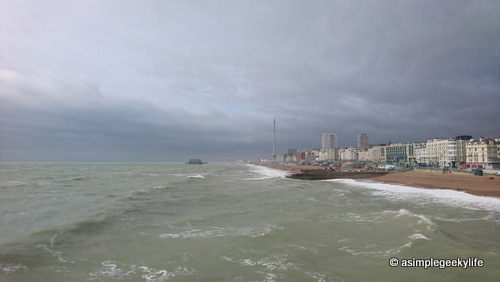 Then of course it was lunch time!!! It’s always hard to decide what to eat when I’m with Miss Rock, maybe because I’m the fussy eater, and I like to eat anything really. Anyway… I saw Café Rouge (English translation: Red Cafe… LOL!)! I’ve ALWAYS wanted to eat in Café Rouge. My brain said go and try it.
The waiter came and took our orders, and I couldn’t understand his accent when he said if we would like bread…
I didn’t realise that it was a real French restaurant. ¬_¬”” OoooOoOoOoOooo… I had the Marseille Mule (coz I’m going to Marseille soon 🙂 ). A very odd drink but tasted ok (I actually can’t remember what the taste was like).

I ordered the l’escargot starter… Miss Rock skipped… They were de-shelled so no burning my fingers with their hot shells. I think there were mushrooms added. Slightly salty taste but I enjoyed it. 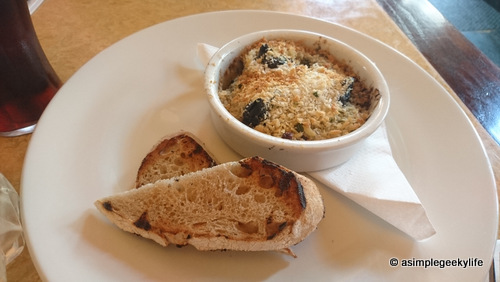 Miss Rock had the burger and chips. She enjoyed it. ^_^

I also had the boeuf bourguinon, I can’t pronounce bourguinon, how embarrassing. But this tasted awesome. I could taste the red wine, beef was very tender, mashed potatoes and veggies went well with the beef stew. I could’ve have had more.

Forgot to take note of the total cost. But I think it was around £40ish… Might be wrong. 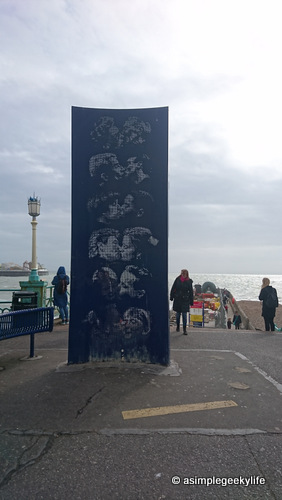 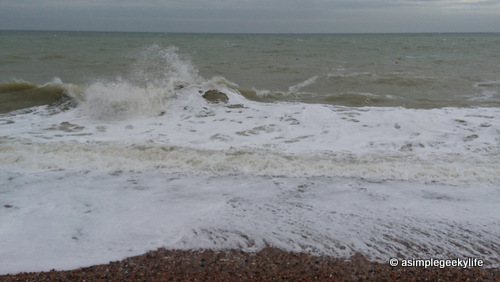 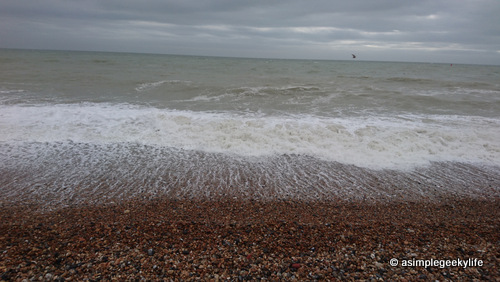 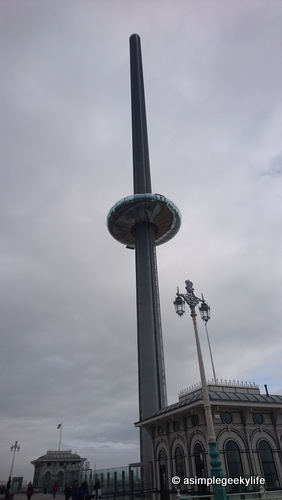 Then back for a bit more food! Dessert!! Brighton has a Dum Dum Donutterie, but they ran out of cronuts when we got there. 😦 Had to settle for a normal donut and a flat white coffee.

Miss Rock is really brave. She can eat ice cream at any time of the year. I think I can only eat ice cream in cold weather if I was in a hot restaurant or had lots of spicy food.

After this short break it was time for another walk…

We started a very long walk from the main town centre across to the west side… I think if we walked anymore further west, we could have ended up in Portsmouth… ¬_¬”” Not really, that would have taken us hours if we did an endless walk. 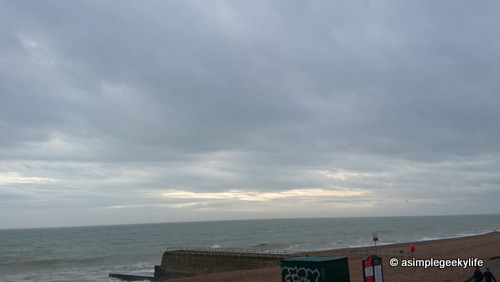 It was time to go home, we took a train after 5 pm. At least we didn’t sit down at the station, as the train’s platform was showing a few minutes later from when we got to there. Phew.
Very tiring day, train was very packed. Had to start talking quietly, and try not to fall asleep. -__- zzzz
Thanks to Miss Rock for suggesting we go to Brighton.
I hope we go up north next time!! ^_^ Miss Rock, we need to go up nooooorth!!!