よし！Alright! I’m hoping this is the final move for Japan Centre. Fingers crossed that we don’t have to keep travelling to find this Japanese store. I think I’ve encountered their four stores and three moves from when they were on Piccadilly Street to Regent Street St James’s to Shaftesbury Avenue and now Panton Street.
Stay where you are now Japan Centre! (Fingers crossed in the meantime). 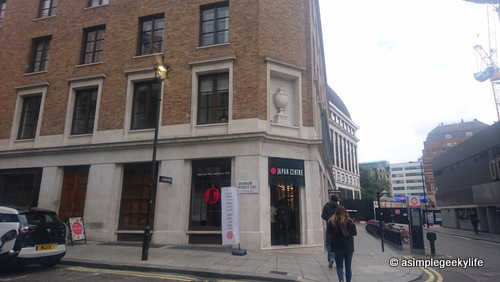 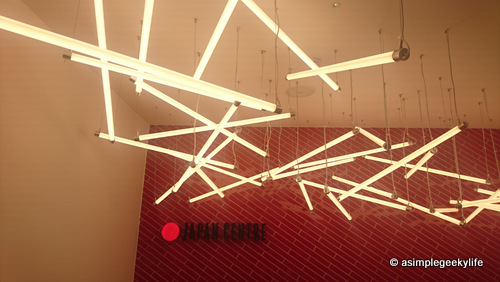 Then you go down some stairs and you’re greeted with a big food area and I feel the shopping area has gone a little smaller… maybe because lots of stock had gone beforehand. Hmmm. 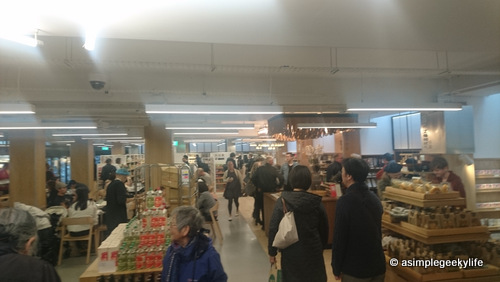 On exiting to the till area, you’ll see a lot of raw meat, fish and a whole big section of sushi.
I’m trying to cut down on the rice, but that might not be possible if I came here all the time!! ^_^

Usually I spend a lot in Japan Centre, but on this day before the end of September I received a text message offering a discount! So in the end I spent under £15. So happy, but I think I should have bought more…. 😦
Think the layout is not super great… The magazine section is right next to the takeaway hot food section – bit of a bother if you wanted to browse.
The toilets are right next to the till areas, it means you have to pass the queue to get there…
Maybe a re-layout needs re-thinking!!
At the end of this short visit, I decided not to eat in Japan Centre, but instead went to the neighboring Kanada-ya of Panton Street and tried out the expensive Destiny 2 Ramen. The waiter said it was super spicy… hmmm… I didn’t think so. Soup was quite bland too, so I wasn’t too impressed. Maybe I should have ordered something a bit salty. Oh well!

It's that time of year again! Gosh #CentralLondon is busy this weekend! Lots of Christmas shoppers out and about. Celebrating Miss Pinky's birthday by going on a Toot bus tour. So coooold! Spotted #TheSnowman at #WaterstonesPiccadilly ⛄️ Happy Shopping peeps!
Bought some souvenirs from the Victoria and Albert Museum shop. #HallyuExhibition #hallyuwave #VictoriaandAlbertMuseum#KoreanWave
Went to the #HallyuExhibition in #VictoriaandAlbertMuseum today. Already immersed myself in Korean culture for the past couple of decades. So why not... #KoreanWave
3000th Instagram Post!! Finally took the #ElizabethLine yesterday from #Whitechapel to #AbbeyWood.
The queues (before 7pm today) to see the Queen Lying in State from afar on a bus from Southwark Park and Tower Bridge. So glad I decided not to queue. #SouthwarkPark #TowerBridge #queue #queenlyinginstate
Commemorating the day of my booster jab. Got Moderna this time. No one's queuing at Westminster Bridge at the moment for Westminster Abbey... I will not be queuing and walking miles to see The Queen's coffin. 😅