Aaah, the Korean drama Let’s Eat Season 3 is out. That means I need to blog about my Chinese food holiday!

Stuck with title ideas on the next few blog posts so as I was browsing through my pictures, they were mostly of the food I ate rather than of the sites in China… so the “gourmet” part got stuck into the title. 😆 To be honest, we hardly went out because the weather was just soooo hot, worser than England. It’s typhoon season – my first ever experience of China’s heavy rain!

This trip was planned since February 2018! So before we step into the holiday side, these are things you must remember to do before going to China (for all foreigners planning to travel to China as a tourist):
1. Book your plane ticket and ensure you have booked a place to stay whether it’ll be a friend, family member or a hotel.
2. Apply for a China Visa (you might be lucky to get a 2-year multiple entry visa for £151 – that’s visa and admin fee combined – I was so happy about mine!).

3. Change currency in a bank or high street shop… If you have a Chinese bank account, you might be able to get better rates!!

Wednesday 27th June 2018
Desperate to go on holiday months ago. I’ve been trying to escape the world of the public sector!
On my first day I first took a cab to Blackfriars Station with my 27kg luggage, I defo wouldn’t have been able to manage to get myself on a bus with that luggage weight. Just too heavy.
Got to Gatwick on time, checked in my luggage (and I was lucky to have already paid for the extra luggage fee), passed through security (I was behind a person who probably hasn’t travelled in a very long time), then went and ate some biscuits which I brought along… Whilst I was eating, a family was sitting behind me they having a family feud, so I swiftly left the scene for the loo, then saw that my gate was opened… rushed into Boots for water and paracetomol (where a couple of youngsters just took their time!), then walked ever so swiftly to my gate!! It was so faaaar. 😥😭 Thankfully the non speedy boarders were still going through security, and I was lucky to have chosen speedy boarding! It’s my favourite part from easyJet. 😅

The flight felt fairly short, and I arrived in Marseille around 11am. Passport control felt slow… but even when I passed it, our luggage from the flight wasn’t even out yet!

After finally getting my luggage, I went straight to the taxi stand… I got to Port-de-Bouc within half an hour… that’s so quick! Everytime I went to see the Travels Family I always arrived to their home within an hour to 2 hours of arriving… Then it was straight to unpacking, eating and then going to the beach. It felt like I never left the town. Hahahahah!!

Here’s a couple of drawings from Missy S and Missy A, they’ve grown up so much! 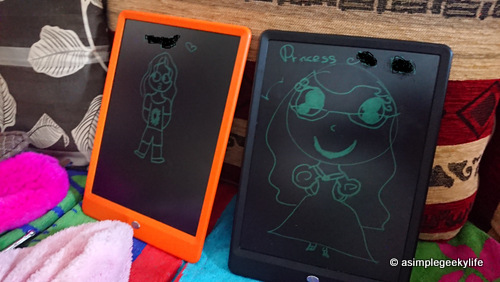 Skipping to the next day… Mr Travels I take the bus to the airport, and I wanted to take a taxi with two suitcases… And Mr Travels won. I saved quite a bit of Euro, but ended getting told off by the bus driver because I forgot to close the luggage door. 😜 Sorry driver! My mind was trying to get the two pieces of luggage into the airport. Luckily my French is so poor… and to be honest, why aren’t the drivers helping their customers anyway!

After the Travels family arrived, we started looking for the check in, and we ended up queuing for over an hour… really? Why weren’t there other check in counters. An old German lady behind us even decided to jump the queue as her flight was cancelled. So rude. It felt like the same incident like last year… Grrrrrr… 😡 But the lady who served us was actually quite nice, and managed to seat us altogther.

So it was bye bye to Mr Travels who would join the rest of his family in August (he’s there in China right now as I’m writing this blogpost!). 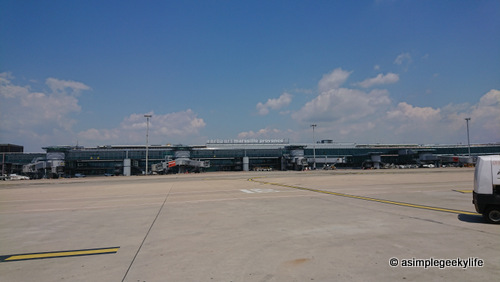 It’s the first time I’ve flown on one of these old fashion airplanes… Wow!! 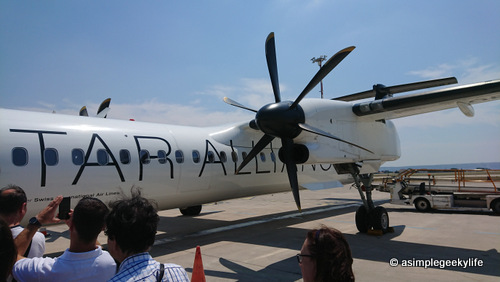 Oooo, I had to take a pic of this Swiss ice cream!! It was so tasty!! European ice creams tend to be much more flavourable than the British ones.

So we arrived in Switzerland. It’s been decades since I’ve been to Zurich airport. 😉 It would have been nice if I had the chance to step outside and breath the Swiss air. Maybe another time!

It was a five hour wait, but we managed by going into a very peaceful family play area. It was nice and quiet. We also had Burger King… but then when our gate was showing, we had to go through passport control again. People tried to push in front… 😖… I really can’t understand why people like to push in front of us. It’s not nice peeps!!

We finally got onto the flight after a bit of waiting around. The Chinese really like to queue beforehand… Missy A, who is now a 4 year old (and very mischieveous at times) was getting tired. I know how she feels…

Mrs Travels and the girls sat together, and I sat next to a young Swiss couple. ^_^ The flight was ok. I think I got an hours sleep, drifting in and out of it. I saw Missy S sneaking at me. LOL.

We arrived in Hong Kong in the late afternoon… our flight was late, but I can’t complain much except there were no freebies, and the food was actually really tasty! Heheheh.

All of us passed security quite quickly. I didn’t even notice Mrs Travels and the girls had already got our luggage… so quick!

Speedily passing through, we found Mrs Travels’s younger brother, got into a taxi-van and headed straight to one of the border controls that crosses between Hong Kong and Shenzhen… it was a long journey, and going through two borders felt like it took forever! China is really strict.

Finally arrived to Mrs Travels’s family home… We ate like crazy, I even stayed up for midnight snacks before going to sleep. 😇