My driving test is just around the corner. A bit nervous. Writing that I’m nervous might ease my nerves a bit. I hope it does… But in case I fail, I will try and try again before I give up! Just need to focus and plan ahead. Brexit is going to happen soon (whether we like it or not), so it might be best for me to finish up with this driving!!

I’ve been waiting patiently for Miss Pinky to suggest to go to this Chinese restaurant in East Street Market for a while now, but it’s been too long now, I went to try this place with MummyGeek (because I think she wanted to try it out as well).

MummyGeek and I love eating beef brisket, so we ordered curry beef brisket with rice. This was an ok dish. I actually liked it!

Here’s a few takeaways… Special fried rice. I liked it. This didn’t have any soy sauce, which is what I like!! I think Mr Stingy thought it lacked a bit of flavour to it. 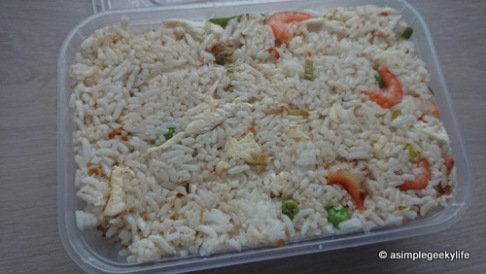 And these are the salt and pepper fried frog legs which I have been craving for! Yummy! They really taste like chicken.

Total here including the tea for two, plus adding the takeaway on top came to £40.70. I don’t think any service charge was added. That’s a first for a very long time!
I wouldn’t say it was all that tasty, but it feels like they do give it a try. It’s very much a northern style Chinese restaurant rather than a Cantonese based restaurant. The tastes are very vast.
MummyGeek actually bought some other types of takeaway from this restaurant a week or two later – I don’t recommend the duck and barbeque pork… I also bought some takeaway from the JustEat app for Miss Pinky and Mr Picky to taste. The sweet and sour food was ok, mussels were very spicy although Miss Pinky and her father said it wasn’t! Egg fried rice was ok.
My geeky rating: 4/5 (MummyGeek wouldn’t agree with this rating – probably a 2.5 for her Cantonese tastes).

Bad points:
– Slightly bland with their soup bases for the noodle soup
– Wouldn’t recommend the bbq or duck