Have started my new job as a freelancer for some of my old colleagues, but this is only a temporary thing until things have settled. It’s a bit of a slow-paced job compared with my previous job – pretty much free to do my own thing, so we’ll see how it goes for now…

It’s my last morning in Tokyo as I was scheduled to go on a coach trip to Mount Fuji and Hakone, so I woke up early. I knew I wouldn’t be able to have any breakfast, so the night before I bought some breakfast – milk and a couple of onigiri’s.

Milk in Japan tastes like full-fat milk. But I also used this for my morning coffee.

Uh, I actually didn’t like these… Too healthy I think. The rice was basically sugar-free!

Pickled plum and red shiso flavour. This was better but really sour.

Luckily I had this cake which I didn’t eat the night before! This wasn’t too sweet. 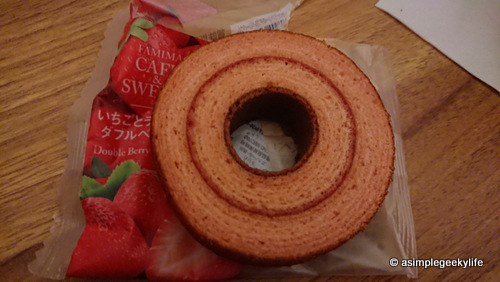 So Bamba Experience booked me on a trip with Sunrise Tours.  But my starting point was at another hotel (Tokyo Metropolitan Hotel), hence the reason why I woke up so early as I needed to be at the nearby hotel by 7.15ish – something like that. It was a little trek getting there, and had to stop once as I had no idea which street I needed to turn into, however I found the under-passage… The map below shows different routes to the hotel. It says 13-14 minutes, but I would say allow yourself half-an-hour due to luggage and not knowing the area so well.

When I arrived at the other hotel, I asked reception desk, and they said to wait in the waiting area. I was actually confused a few times, as I wasn’t sure of how this tour worked… So I kept asking around. Confused and lost!!

When one of the tour guides arrived, I finally understood what was going on. We were given our confirmation slips an a sticker to wear for the trip. Then it was off to another hotel, pee stop, then off we went for 2-3 hours to Mount Fuji! Woohoo!! 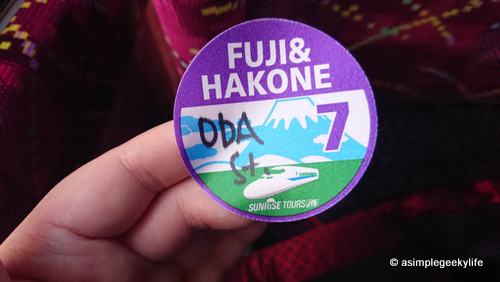 We arrived in the Kanagawa area around 10-ish, around we could see Mount Fuji! In Japanese classes, Mount Fuji was always mentioned in lots of scenarios. ^_^ 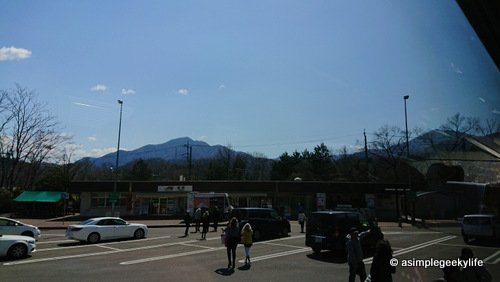 Our tour guide explained to us that we were very lucky as the sky was clear, hardly any clouds and we could see the top of the mountain very clearly. Just so lucky!!!

Instead of going to the 5th Base, we ended up at the 4th Base due to some hazards at the 5th Base – not sure what it was. It was fairly cold due to the snow, but was bearable. Unfortunately my small jacket wasn’t warm enough! 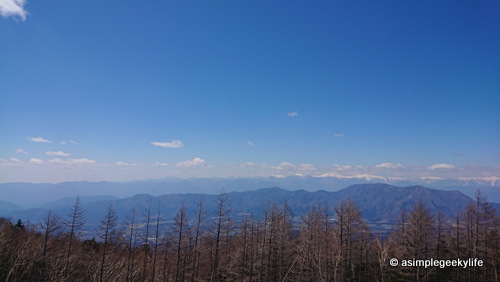 After viewing the top, we moved back downwards for lunch. We had a small lunch at the Highland Resort Hotel.

Pretty decent, but too small for me! I wanted more food!! 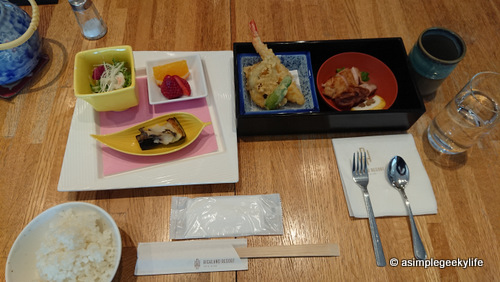 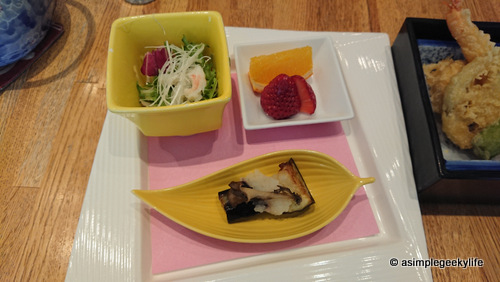 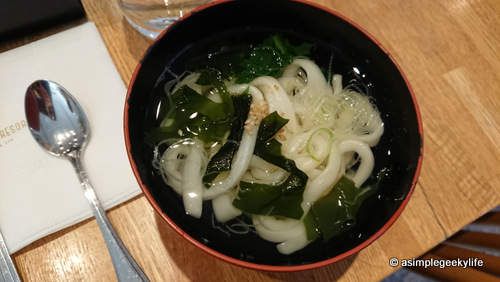 After lunch, I really needed a loo break. The toilets in the mountain area is fairly busy, and each coach has only half-an-hour to be up there…

After the loo break, I went outside to have my last viewing of Mount Fuji. It’s so spectacular from the bottom!

So after lunch, we speeded up to the next destination. Our tour guide did not want us to miss this boat trip.

Thankfully we made it in time! Phew!!

We found ourselves going for a ropeway ride… We were only allowed a short period of time up there. 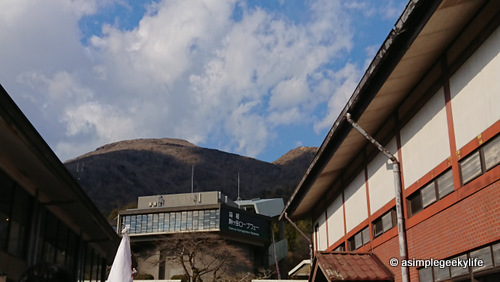 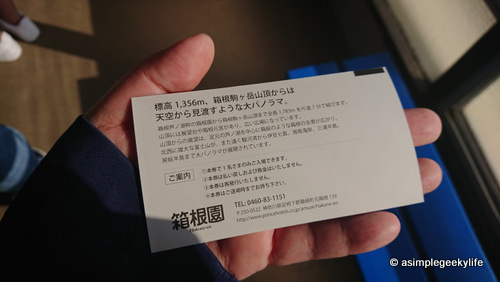 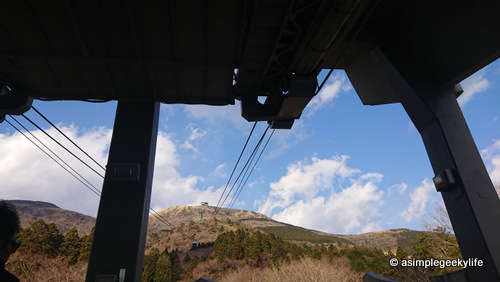 The view is spectacular from the top!! 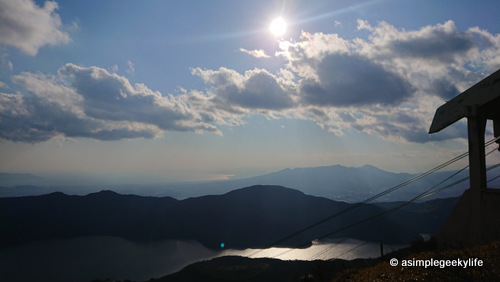 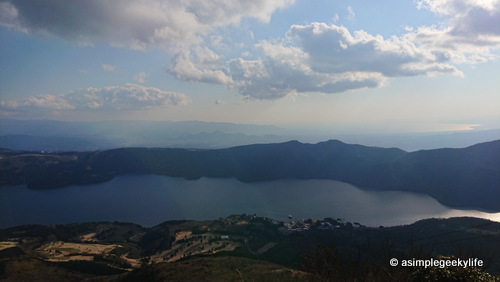 After this ropeway trip, I think I could have made my own way to the next hotel, but I stayed on the coach so that I can see which station I needed to get to for the next day! (That was a wrong idea really!).

We were dropped off at Odawara Station. And I had to find my way to get to Gora Station. 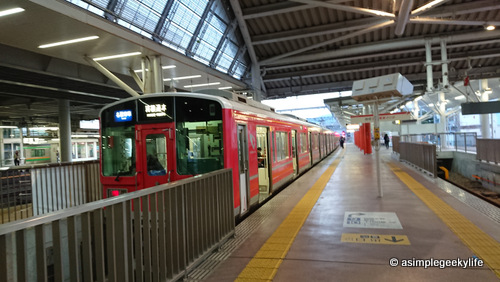 There was one station change, which I didn’t mind…

However after reaching Gora, I needed to get onto the tram. The hotel was all the way uphill!!! Grrrr!!! So I needed to purchase another ticket for ¥250 (~£1.72) as they don’t accept PASCO cards or any other cards. 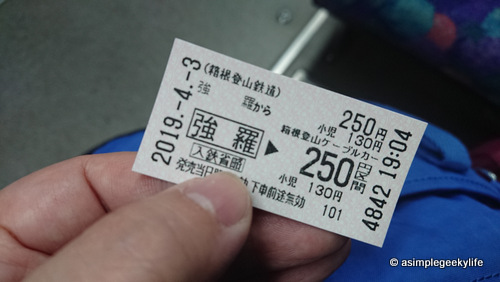 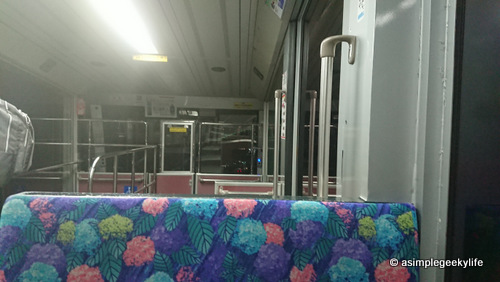 From my experience, it was the worst part of this whole trip! I was in the middle of darkness, and I think I should have got off the next stop… instead the station staff said I should get off the stop beforehand. Hmmmm. I should always trust my Geek Instinct. Anyway, I went up one path, then uphill another… 😦 This Geek was not happy. I was frigging lost, and needed the loo so badly. Thankfully a resident in the area was able to direct me in the middle of the darkness… I was at the back of Resorpia Hotel!!! WTF!

I was able to check in by 7.30pm. But needed to rush to my room and walk swiftly back to be able to have dinner by 8pm.  I should have bought dinner at Odawara Station.

I was quite irritable at this stage, and I needed food. This restaurant part of the hotel is for reservations only. The staff said I didn’t have one, but reception said I did… ¬_¬” I was not amused.  I asked in Japanese where I could buy food nearby… No answer… I guess there’s no place to find food in the middle of the night.

Well… A decent dinner. I was filled to the brim!! Happy Geek came back. ^_^

Nice chandelier by the way!! 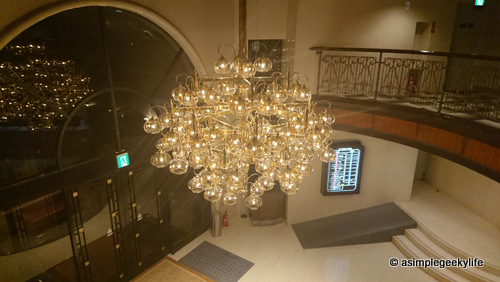 Tired Geek went back to her room, and a very peaceful night.