So last month I ended a 3-month job as a freelancer in the private sector of doing something similar to my old job – I was given too much freedom, and I enjoyed it. Will still be freelancing (currently working two jobs at the moment – old and partly my new job), but I’ve also applied for a job that’s one day a week – a management role involving some old managers and teams of mine in the public sector. We’ll see how things will go… Scared and grateful of all these opportunities I’ve been given at the moment. ^_^ I just need something secure!!! Life is not so simple for now… 😅

As the 3-month verbally agreed contract ended, it was my time to go on holiday! Another one? Yeah!!

I was invited by the Travels Family a long time ago – I think it was when I was in China at the time, to go to a wedding of a very close family friend of Mr Travels’ parents in Morocco… I’ve always wanted to go to Morocco, so I decided to go in the end! Just for the experience.  😉

Travelling around the world seems like second nature to me, but this time I really had to travel like a cheap skate, so I took a National Express coach to Stansted Airport from Waterloo – an hour and a half on the coach for £5!! That’s a mega deal!! Hint: The coaches are quite regular, and they have a tight schedule to keep to, so make sure you either have cash on you in case the driver’s card machine doesn’t work.

I went via the fast-track route, not sure why I paid for this but it was better than waiting in the queue… I had a couple of hours to kill, so I looked around and also had a late lunch. The waffle fries here were good, but the chicken burger needs improvement… Not sure if this “secret sauce” of mayo and thousand islands suited the burger well enough. Disappointed.

Once in the air, it felt like I was back home in the skies… I sat next to a family and their youngest daughter screamed too much. I tried not to get so angry, so I giggled to myself at all the bad experiences I’ve had. I started reading “The Vegetarian” by Han Kang (I haven’t finished it yet) and listened to a lot of music. 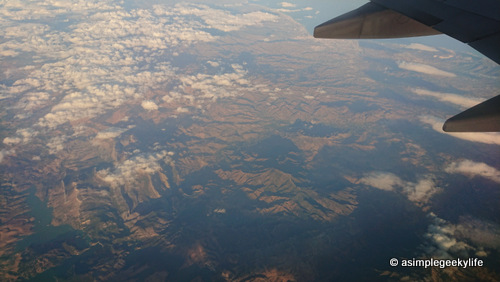 Once I arrived in Rabat Airport, passport control was right in front. You have to fill in one of those landing cards beforehand… The queue was long, and the wait was more than an hour! People behind me were so inconsiderate that they kept bumping into my backpack. I hate people who bump into me for no reason. I am obviously in front of you, stop pushing me!!

The officers worked diligently, as they have to check your purpose for entering the country. It’s a Muslim country, so they suspect everyone who enters. I get it… but hire more staff. It was my first time in Morocco, and I kind of felt disappointed already… 😫Mrs Travels text me for a bit, and she couldn’t even understand why I wasn’t in the taxi yet.

An old taxi driver was waiting for me, and I had to explain in easy English that the queue was sooooo long. I felt sorry for him, but at least he tried to guide me in broken English and some easy French some of the sites in Rabat. The hotel said it was 200Dh for the taxi, but the driver asked for 250Dh because of the wait… a bit sneaky, but at least he waited. Really grateful.

Once at the hotel, I went to my room (and I couldn’t find the air con remote), rested a bit beforehand… and tried to figure out how to use this free sim card from Maroc Telecom which you can get at the airport. The staff take a copy of your passport picture before you use it. Unfortunately I realised the phones that I brought along were both locked to EE, so I couldn’t use the sim card. Make sure you always bring an unlocked phone.

After the ordeal at the hotel, I really needed food. They serve Spanish food at the hotel, and they recommended the fish… I don’t like bony fish that much, but I had it in the end. This cost me 200Dh (~£18). The bread was a bit too much. The veggies was nice. The fish was ok, just too bony. 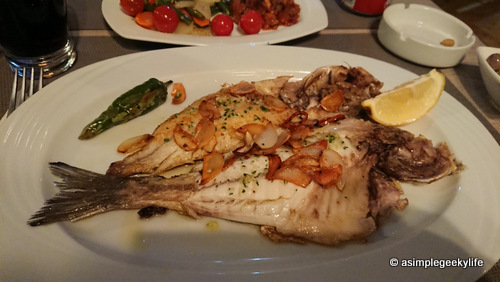 It was time to get some rest, and plan what to do the next day.

Very hot outside. I'm sure I've received a week's worth of Vitamin D. Had a very nice #lunch and #dessert today too! 😁
Long time no Instagram! Trying out this #OkinawaBrownSugarMilkTea from "3:15pm Milk Tea" #3點一刻... it's not bad, just leave the bag in for a slightly stronger tea taste.
How did I not notice this new store in #ElephantandCastle? #GoldenTea sells #desserts and #bubbletea!! There's a forever increasing Asian (and Spanish) community in Elephant and Castle area.
Defo busy out in #TrafalgarSquare and China Town today! I've always wanted to take a picture of this monument on pillar 4... The fountain water also froze!! Wonder if anyone tried to ice skate in the fountain! 😅
Happy Chinese Lunar New Year!! Think I'm too old to be getting #redenvelopes!! 🤑🤑🤑🧧🧧🧧 #新年快樂 #恭喜發財 #Chinesenewyear2021 #lunaryear2021 #利利是是
Think I have something to write about!! Missing Chinese restaurant #noodlesoup. Bought the #beefbrisketnoodles one. Have high expectations! Only joking!