Day 4 kicks in. And I’m positive for the past few days in Hong Kong something is trying to prevent me to sleep at night. Is it the temperature in the room? Yes. Did I need to go to the loo? Yes. Was I distracted by my phone? Maybe. Was I hungry? I don’t think I was that night, but likely yes…
Well, it seems I had to wake up anyway because I had to call my Grandpopo (MummyGeek’s mother, aged 95… yep, 95)… My family from DaddyChef’s side were quite surprised we didn’t call them already… ah, no need. They aren’t very much into modern technology so we might as well call them when we get to HK. And that’s what we did. Called them at 8.30 in the morning and my aunt answered the phone. She was a bit abrupt with us because I think she feels we care more about my father’s side of the family more than them. Not so true. I don’t care about either side (in terms of family gossip and feuds – gosh, does this happen in every family?)… Both sides are ignorant to us, the ones who escaped to safety in Britain, only to come back for a couple of weeks for a holiday. :p
Anyway, Grandpopo summoned us to come that day. That was a surprise to us, because in the history of all the times we came to HK we always went later… Hmmmmmmm…
So MummyGeek and I went for breakfast, I forgot what Mr Stingy was doing in his room or if he had already gone for brekkie. We went somewhere different this time. Another place near the hotel, and this place served Chinese-Western food. This isn’t my favourite kind of food, but you know, eat light. ^_^ So French toast, spam and egg on one plate plus the noodles was for MummyGeek, but I ate her plate of Westernized food… I also had the plate of pork chops and flat scrambled eggs… LOL!!! You would never get this in the West. 😦

Time to go to Grandpopo’s! We waited forever for the bus when we could’ve got a taxi. Bus service has really changed as there’s new stations that have opened up. Good for some, but for an old tourist like me who know the bus routes more than the tube map is bad sign for us.
Anyway, we arrived before lunchtime. Upon our arrival Grandpopo started crying as she hadn’t seen us for 3 years. Gosh, she makes me teary all the time. MummyGeek had even told me to crochet her a hat before we came, which I made within a few days… Black wool is hard to see at night…
My aunt had already flew across to town via taxi and came back with so much food! Blimey… so we ate as much as we could… My mother’s side of the family loooooooove Mr Stingy, so my aunt bought this mostly for him. ¬_¬””

We spent most of our afternoon at Grandpopo’s… we even had to call my other aunt and one of our cousin’s from DaddyChef’s side to come last minute… Uh, sorry, but you did tell us to call you to go and visit! They haven’t seen my Grandpopo and aunt for 30 years. Blimey! That’s a very long time!
My aunt and Grandpopo even had some visitors – have no idea who they were… A business couple… :p
Aunty took us around, so I took some pics of the surroundings…

Wow… I have never spent so many at Grandpopo’s for a very long time… Think Grandpopo is feeling lonely and bored… But I see the resemblance between MummyGeek and Grandpopo! They talk too much!!! ¬_¬””
It was time to go, and my cousin dropped us off. Exhausting!
Later on, MummyGeek and I went back downstairs and back into the supermarket near the hotel… Bought my dinner from there because I had too much for lunch!!!!! Pot noodles and ice cream with a portion of BBQ pork… 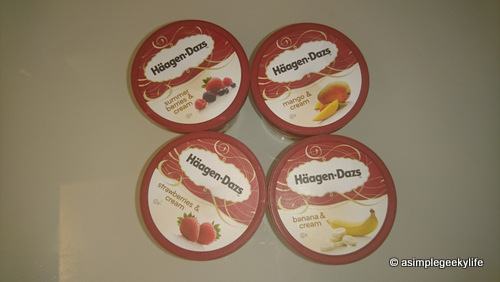 You see that bottle of wine next to the bin? It’s empty. Got this from Grandpopo’s as they had a lot leftover from guests bringing them over. Had the whole bottle to myself (as it had a cork screw and we didn’t have anything to seal it) with the char siu… The red wine tasted great with meat!
I got drunk and spilt the soy sauce onto my duvet (the cleaners didn’t even change the duvet cover!).