You may have noticed that all of us didn’t do much on this trip. That’s correct as it was waaaay too hot for us to do anything. I can understand why the Spanish have a siesta!
First thing we did was go to this pirate playground which we had already went to a day or two before. But we hadn’t stayed long at that time… Holiday makers with children will most likely end up going there! LOL!
As it was so hot, it was my turn to treat the two to ice cream and beer for Miss Pinky… I had this watermelon flavoured ice cream lolly… Had to eat it quickly though, as the heat was unbearable.

Baby B had this Smarties one, but she only had a few bites and left it melting in a plate… LOL. 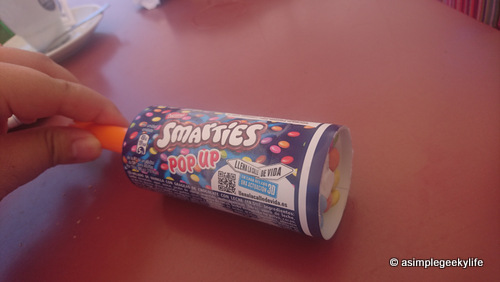 Baby B stormed off to the playground in the heat… was she not hot? Yes she was! So she took off her shoes at one point, however she didn’t realise the floor would be so hot, and then started crying because it was very, very hot… Hahahahah. Sorry Baby B!! (I’m sure one day she’ll make the same mistake with her own children… >_<""). 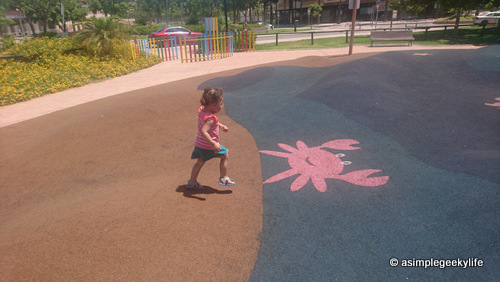 Then it was off for a long walk towards the shopping centre… why so hot Spain!! 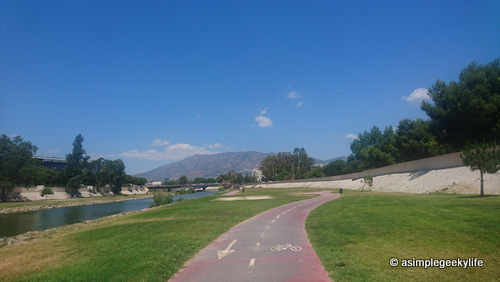 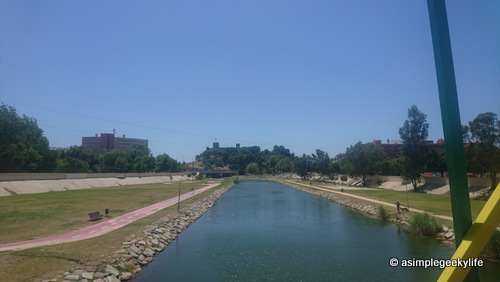 It was around lunch time when we arrived to the shopping centre… so we went into KFC. They have English speaking till peeps, so don’t worry if your Spanish is awful or zero.
When I opened my burger, this is what I had noticed, I had two crown buns instead of the normal crown and bottom… LOL!! I guess a burger out of the ordinary. 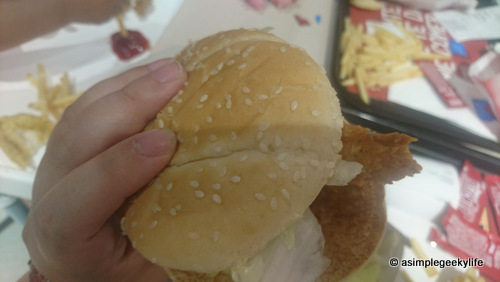 Next we headed back to the hotel… Stopped by the bakery again and looked at all those cakes and pastries… yummy!

Miss Pinky wanted to go out again, but I wanted to take a nap with the aircon on… That only lasted for 20 minutes or so… But Miss Pinky came back about 2 hours later with lots of bits and bobs… She even bought some paella ingredients which came without the rice. ¬_¬”” So what did we make with it instead? Noodle of course! I think we ate so many noodles during this weekend…

Time for the desserts!

I picked this pastry called “Crazy”… apparently the Spanish peeps love it! It’s got icing on top, pastry throughout, and custard in the middle… Oooooh. Really tasty. Sweet but not so sweet at the same time. Baby B liked this one. 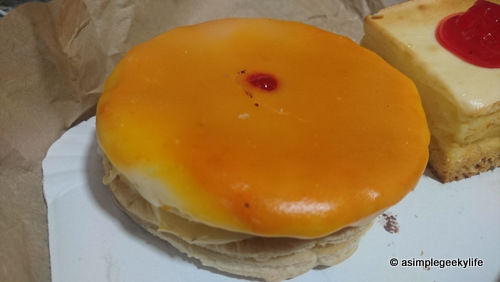 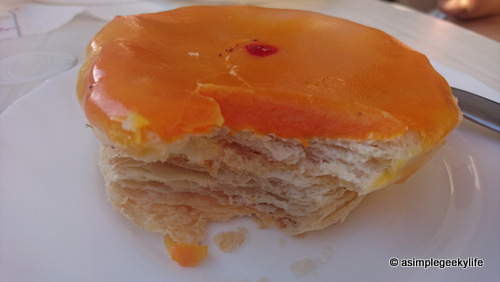 Miss Pinky had the cheesecake… Reminded me of the New York style cheesecakes. Very rich with cream cheese. Baby B didn’t like this one! LOL!! 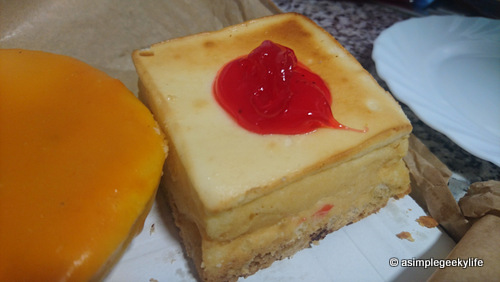 It was time for Baby B to take a shower but she took George into the shower and got him soaked!! Hahahaha… so I put him on top of the balcony so he could view the sunset. 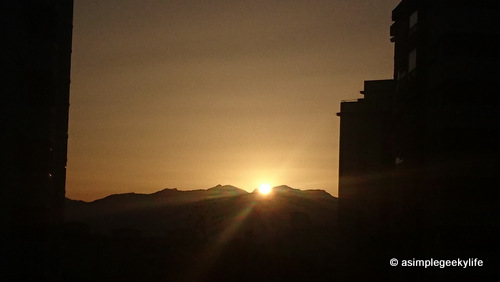