Monday 16th March
Since I woke up early (around 7.30 am) I thought I might as well make the most of it and since I knew Miss Pinky was going to be asleep (maybe, since we were in different rooms but I think Mr Picky would have been awake by then) I decided to go out alone. I did some food shopping in the meantime so that I could get some change. 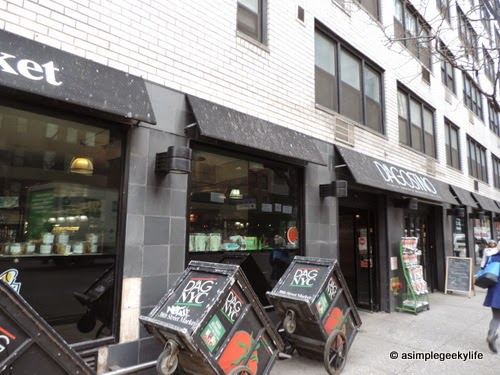 Then I went out walking with my heavy shopping which I added into my rucksack. I found the Empire State Building which is not far from the hotel at all. About a 15 minute walk (if you walk averagely fast)

Then I found Macy’s. I thought Miss Pinky would be quite happy that I found it – and I didn’t want us to get lost if I didn’t.

Went back to hotel after my morning walk (it was more of a burnout energy session). spotted Mr Picky outside the lifts and went to see Miss Pinky. Unfortunately Miss Pinky was upset I went out alone (my confession and sin for the day) and she that our friends would assume she abandoned me as I would desert the two and do my own thing… She thought I didn’t tell her but I did! She never responded to my text (because she didn’t connect to the Wi-Fi!!). 😛
After half-an-hour we all went out together and Miss Pinky became all emotional (she’s preggies by the way… So it was expected on this journey. Never upset a pregnant woman. Ever. Even if you are the best friend. BIG SIGH). In the end we all had a heart to heart talk/confession which cheered all of us up!
We walked along the United Nations. People were taking pictures as we actually didn’t know what the building was… At this point Miss Pinky became her natural self. Wow. Talk about Jekyll and Hyde moment! XD

From here we made our way to Grand Central Station on 42nd Street and took the Metro to Central Park. 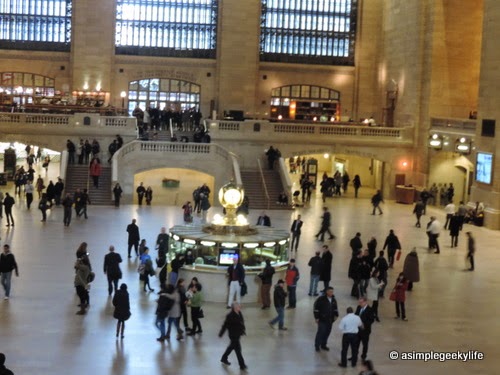 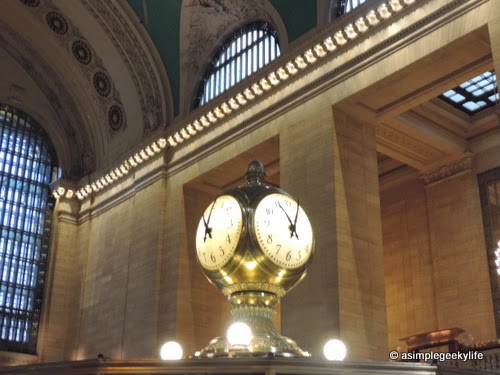 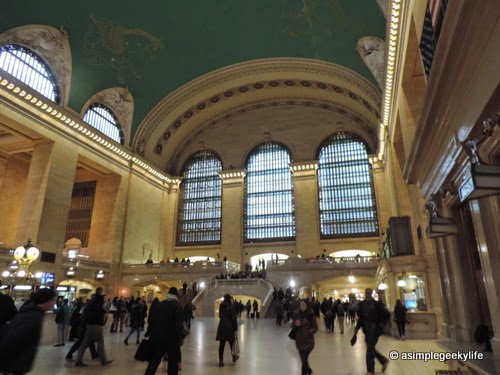 We got out of the Metro and we had to walk a long distance to get to the park.
Finally we got to Central Park (but we didn’t walk all the way)… 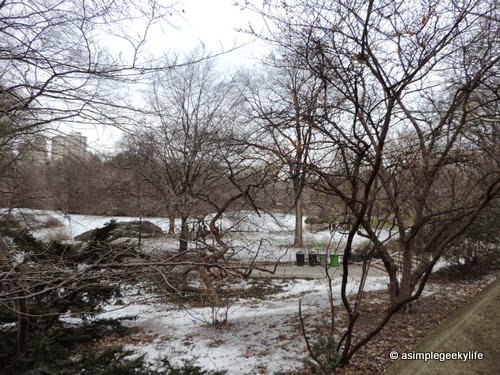 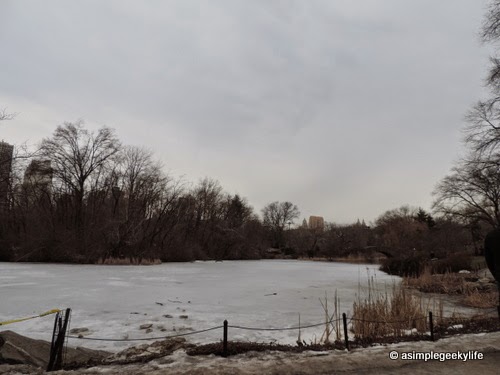 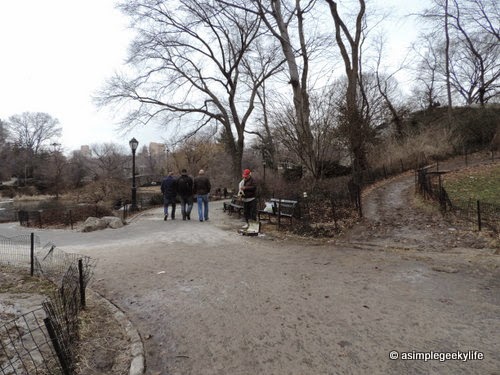 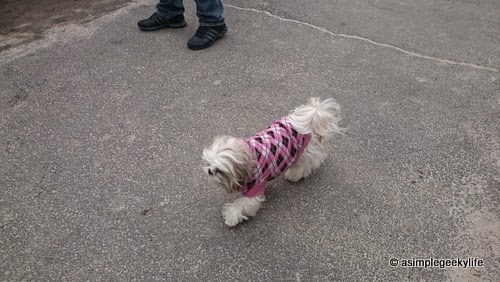 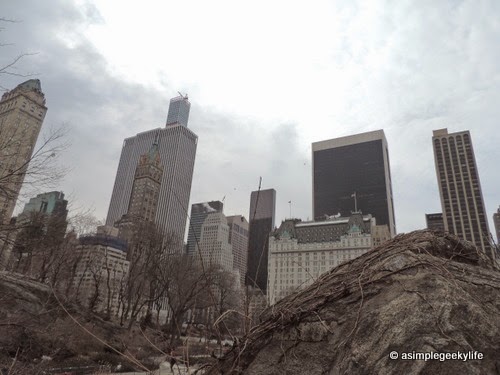 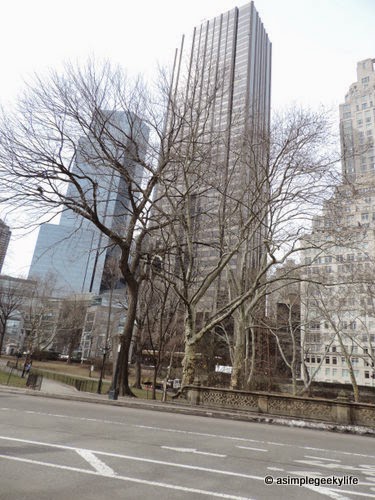 It was time to eat, on the way of finding food Miss Pinky had a pretzel which tasted quite doughy. Mr Picky decided we should go to the pub for food, so we ended up in The Coliseum. It was an Irish pub. 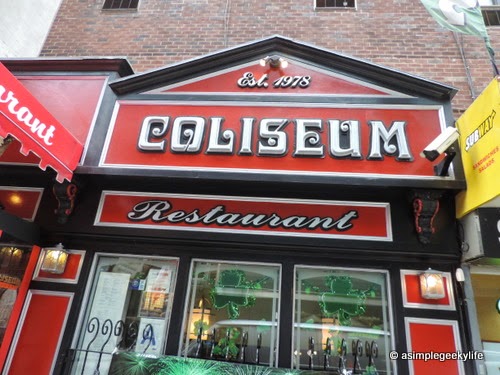 Mr Picky had the slider burgers which he found to be the perfect burgers since we arrived.

Miss Pinky had some seafood stuff and realised she couldn’t have the shrimp (prawns in English terms). We did tell her that she couldn’t eat shrimp but would she listen? Nope. ¬,¬””.

And I had the Manhattan Clam Chowder soup (Miss Pinky also had this) and tagliatelle with cut up beef steak… Ooo, that tasted good!

This practically threw us off our food budget because we spent almost $100 (~£67) including tips – I originally thought that was expensive, but now looking back at the price, it looks ok! Anyway the food was good.
Address: 312 W 58th St, New York, NY 10019, United States
Walked around and shopped in TJ Maxx where I had to find skinny jeans, size 0 and had to be $10 (~£6)… Tough challenge from my colleague. But I found some! (Unfortunately it didn’t fit her, heheh). 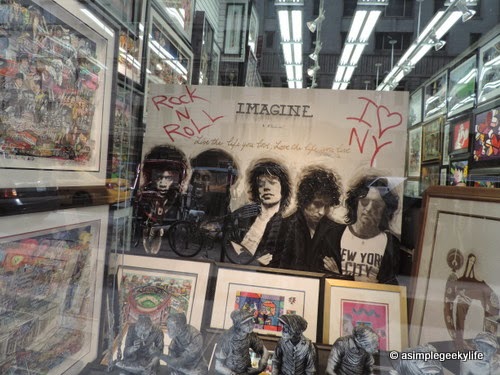 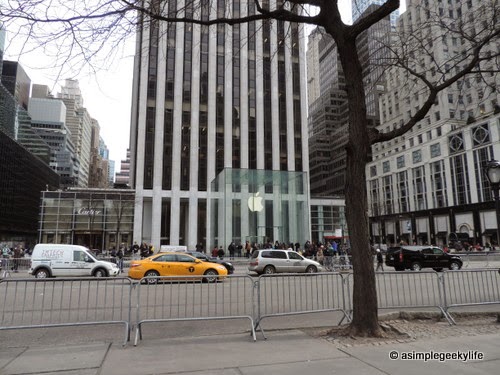 We ended up doing somemore shopping and window shopping but it felt too hot in those shops.
We returned to the Metro, went back to the hotel and then had food at Sarge’s where Miss Pinky thought they did lasagne which Mr Picky wanted, but that was next door. Miss Pinky finally got her buffalo wings. 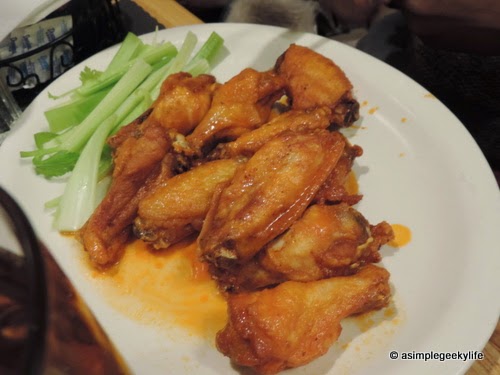 I had a big massive salad which was good but I think they shouldn’t add the dressing onto the buffalo chicken pieces because it tasted too vinegary.

Mr Picky had a hot dog in the end but the fried onions didn’t look like fried onions… the chips were good though! 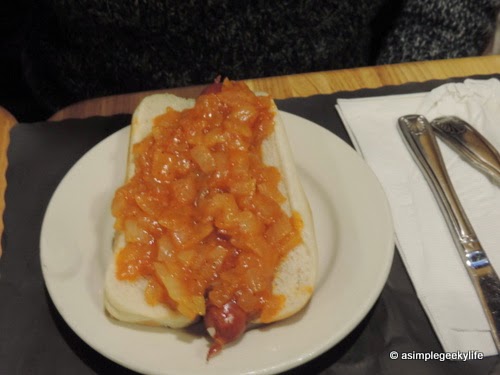 Can’t remember the total… But we had a good dinner in the end…
Miss Pinky actually confessed that evening that she already had a big massive sandwich because she was hungry… She’s feeding for two, I know (!). That’s it. We’re even now!! 😛
End of Day 3.